Freedom from the Chains of Eating Meat – Fr Donatello Iocco 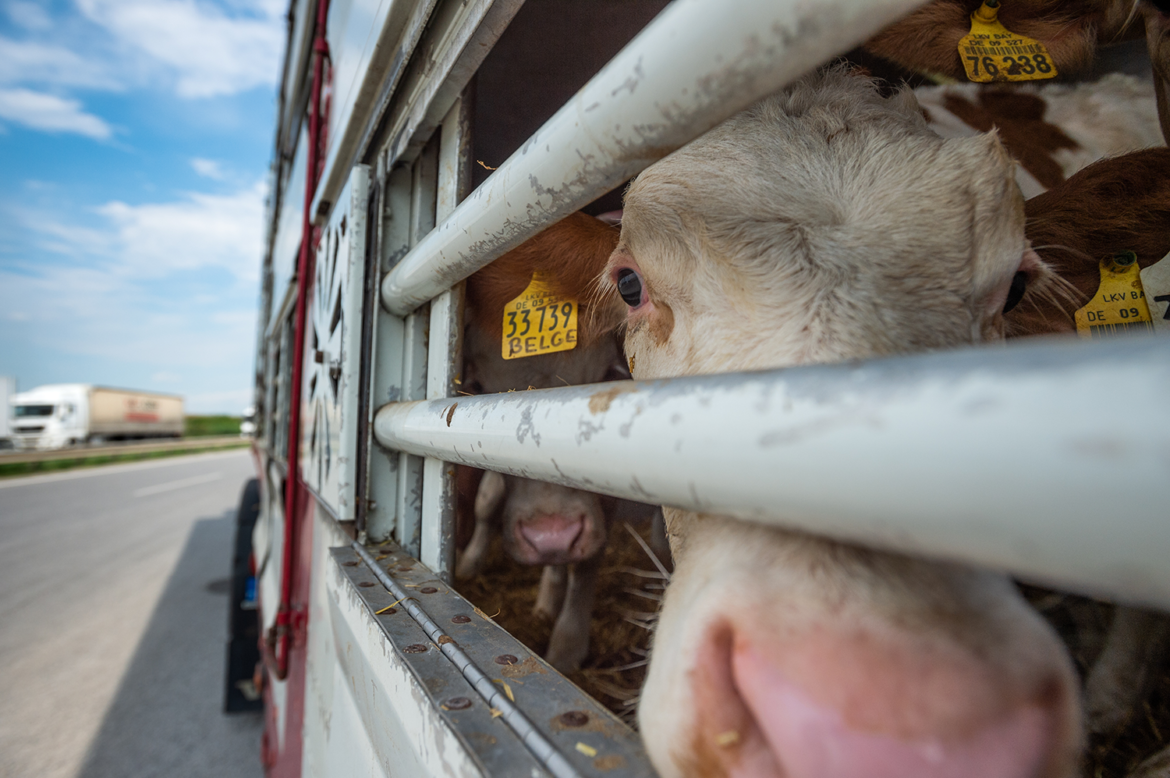 Fr Donatello Iocco, priest at St. Ambrose Church, Toronto, reflects upon his shock at discovering the truth behind the meat industry and how his subsequent decision to go vegan brought about a sense of spiritual freedom.

In 2016 my life changed for the second time, physically and spiritually. My niece urged me to watch a documentary on Netflix called Vegucated (film 2011). The documentary features three omnivorous New Yorkers who agree to follow a vegan diet for six weeks to see what the experience is like for them. My niece warned me that there were some parts in the film that are very difficult to watch and added; “you probably won’t eat animal products anymore!” When she told me that, I hesitated and it took me a few days before finally watching the film. I remember thinking: “why are certain animals used as for food and some others not?” I had some idea about how cows were killed for beef but didn’t know what was really involved. In any case, these thoughts were easily forgotten when I went to buy meat neatly packaged at the grocery store. I reasoned to myself that farmed animals probably had no real emotions and they likely didn’t have an understanding of the situation they are in. Theologically speaking, at this time I thought such animals were given by God to human beings to use and eat as they wanted.

Looking back, it is difficult to believe I assumed animals were created for the purpose of human use but feel the fostering of such beliefs is largely down to our education and upbringing. After all, didn’t the vast majority of us grow up to accept that eating animals was a part of life? Yet who in school teaches us of about the complex and sophisticated emotional lives of farmed animals? Indeed, scientists have discovered that goats experience frustration when isolated from their herd mates or food is withheld from them. Sheep are able to recognise other sheep’s faces, and remember them for up to two years, while mother hens teach their chicks which foods are best to eat. Cows show excitement when they discover how to open a gate when it leads to a food reward, and pigs are able to solve challenging problems, love to play, and each have unique personalities. 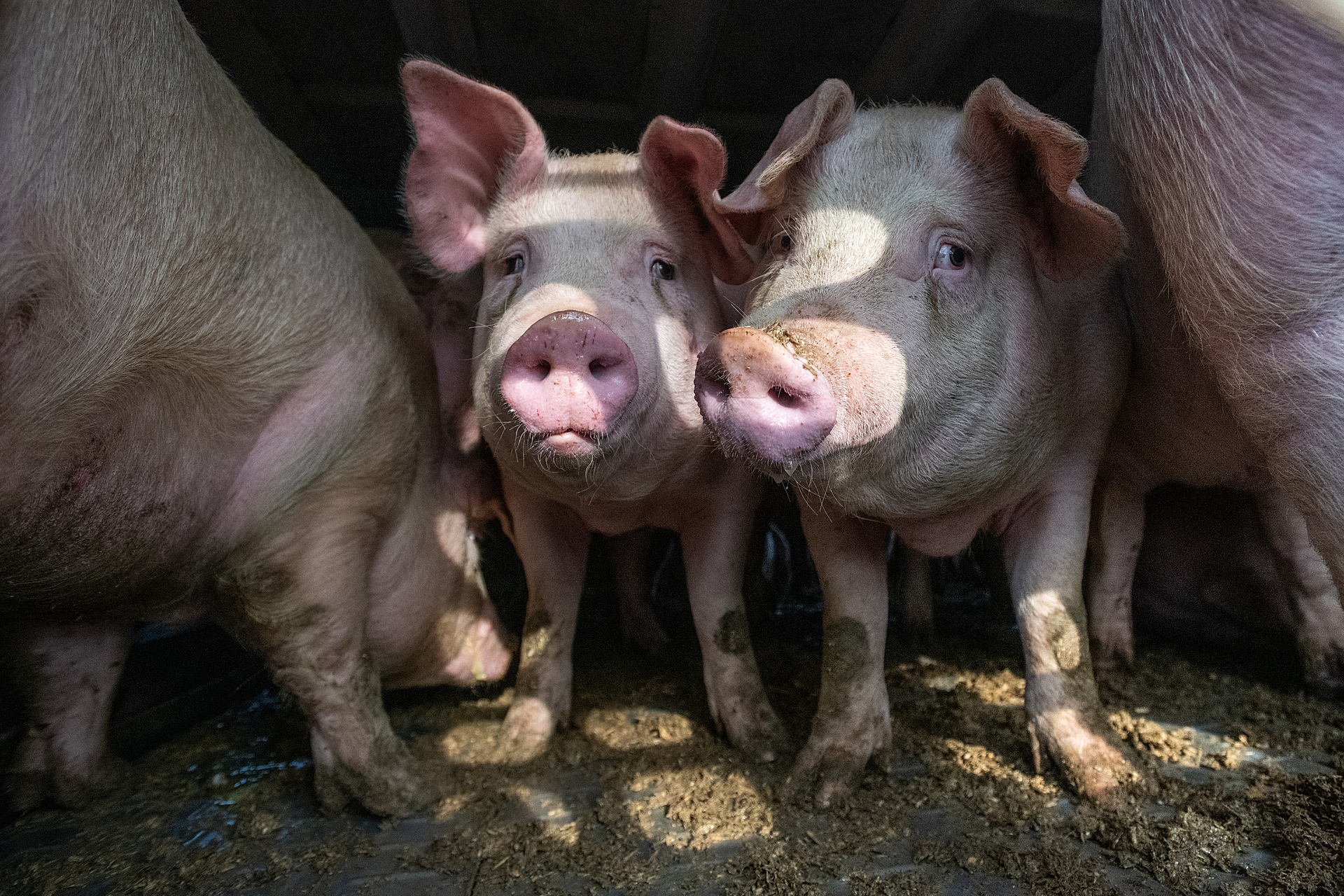 We are also taught in school that eating meat is a necessary part of staying fit and healthy. After all, we all need some kind of animal protein to go with our veggies and potatoes! Yet have we been taught the truth in this regard? The World Health Organisation has classified processed meats including ham, bacon and salami as a Group 1 carcinogen (known to cause cancer) which means that there’s strong evidence that processed meats cause cancer. Eating processed meat increases your risk of bowel and stomach cancer. Red meat, such as beef, lamb and pork, has been classified as a Group 2A carcinogen which means it probably causes cancer. Meat eating is also strongly linked to health problems such as obesity, heart disease and diabetes.

As I watched the documentary, my views on animals and animal agriculture began to dramatically change. There were several scenes in the film that captured how animals were treated and killed in factory farms. The animal slaughter footage truly shocked me to the point I had to turn away. Many scenes were violent and horrendous. The screams of fear and pain, all being caused by the hands of a human being, continue to ring in my ears. All I kept saying to myself was, “I’m so sorry I didn’t know, I didn’t know.”

One scene revealed what happens to mother cows and their calves. Since the dairy industry need the mother’s milk, farm workers take away her calf immediately when it is born. As the workers took away the calf and put it on a trailer, the mother cried out in grief and shock. It was truly heartbreaking to watch the mother run after her calf in desperation as the truck left the farm area. The distraught mother was then taken away and chained to a machine that pumps the milk, that was meant for her calf, for human consumption. She will have to endure this awful life until she can no longer produce enough milk and so then will be sent to slaughter. As for the fate of her calf, if it was female, she will endure the same sad life as her mother. If it was male, since the dairy industry has no use for male calves, they’re either sold for beef, sent to veal facilities, or shot shortly after they’re born. 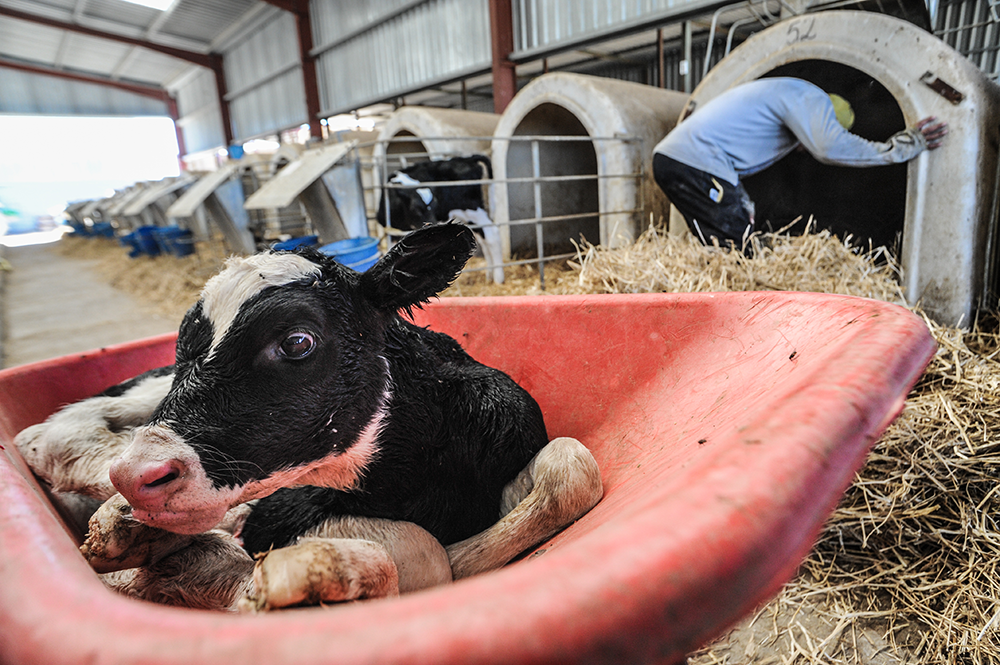 After watching the film, little did I know the various animal cruelty footage was mild compared to other documentaries that I later watched such as Earthlings, Cowspiracy and Dominion. It was enough for me to say then and there, “I will not eat animals anymore” and I stopped that day. After seeing what happens to the poor animals and people who work in such conditions, I decided I was no longer willing to participate in this appalling cycle of violence.

What I witnessed in these documentaries gave me much to reflect upon spiritually. With the images of those suffering animals in my mind’s eye, I thought “this cannot be what God intended for us?” Surely a God of love and compassion must be horrified with the mistreatment and killing of millions of His creatures? Jesus, who compared Himself to that a mother hen (Luke 13:34) and innocent lamb (John 1:29) stood for nonviolence. Yet look how we treat chickens and lambs in our culture! Through much prayer, reading up on theological perspectives of animals (something I was never taught in seminary!) and exploring the spiritual insights of saints, mystics and teachers, opened up a whole new world for me and I felt able to join the dots between my faith in a God of love and my deep concern for the farmed animals I saw on the documentary.

To be kind and loving to oneself and others, one needs to practice living a non-violent life in word, thought and action. Breaking the chains of meat eating has brought about a profound feeling of spiritual freedom and greater sense of peace and harmony with the rest of creation. I encourage others to also cut out meat because a life of compassion towards animals offers an opportunity to witness, in daily practice, to the good news that God desires there to be peace among all creatures and promises to be bring this about at the completion of creation through the work of Christ (Colossians 1:20, Ephesians 1:10). 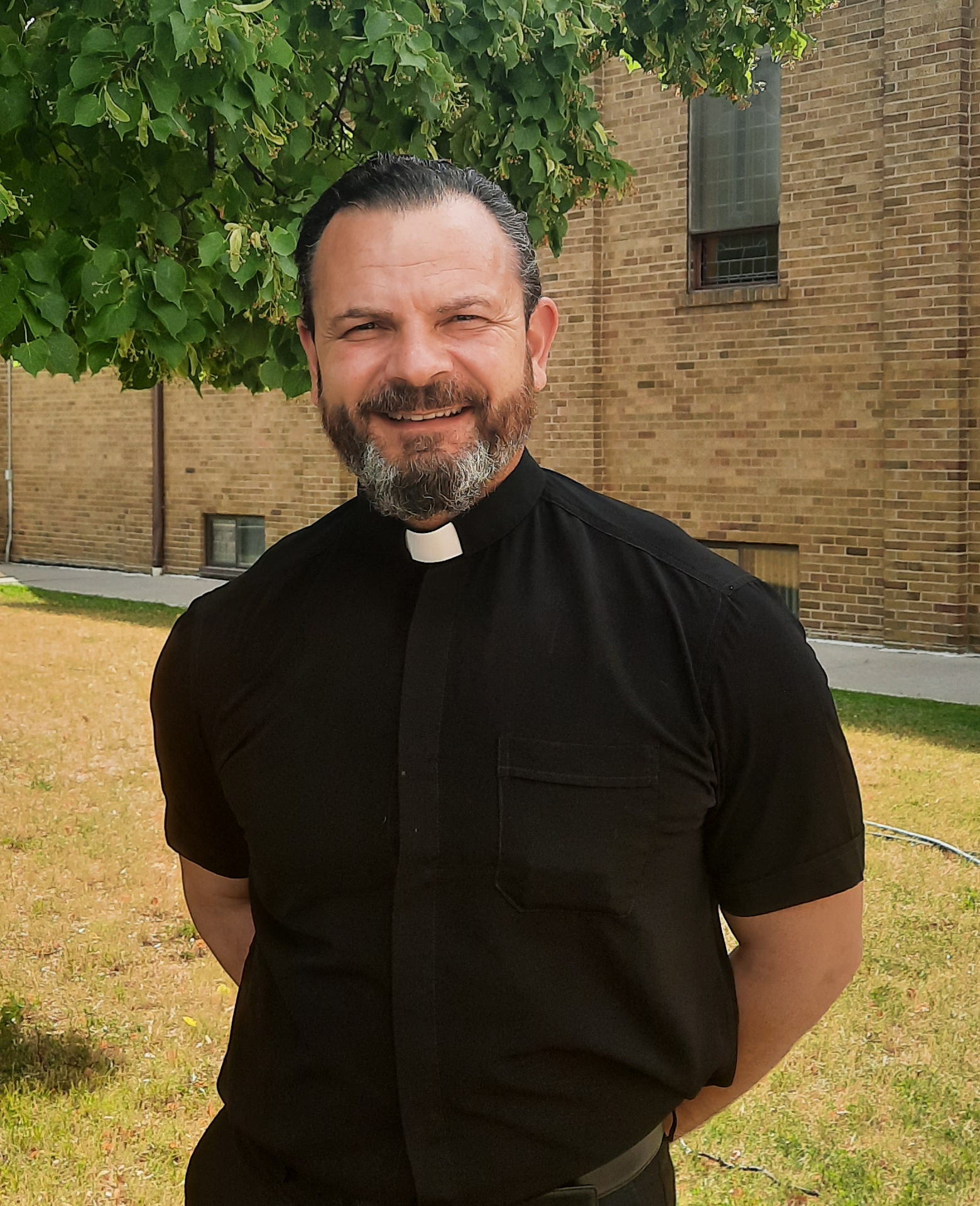 Fr Donatello Iocco is the pastor of St. Ambrose Roman Catholic in Toronto Canada. Fr Donatello is vegan and strives to preach on the importance of veganism and how as Christians we are called to live a life of compassion and mercy with every living being who God created. 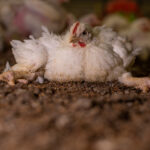 Exposing the Scandal of Frankenchickens – Connor...