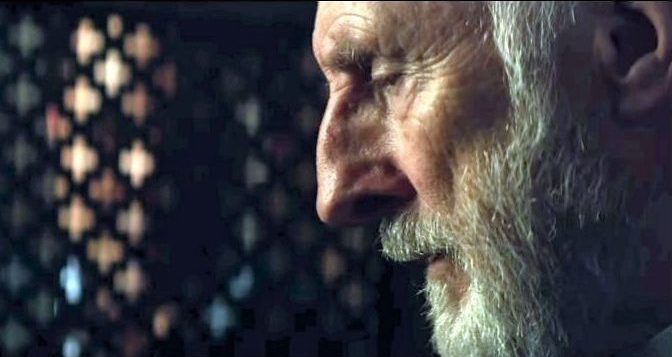 PETA (People for the Ethical Treatment of Animals) is raising eyebrows with its new commercial, as Oscar-nominated actor James Cromwell portrays a priest hearing the confession of a meat industry marketing executive in a video entitled Redemption. Watch the full advert below:

In this advert, the meat industry executive enters a church confessional booth and tells Cromwell’s priest that he is seeking forgiveness for “lying to the world”. The executive claims to be responsible for inventing euphemisms such as “free-range”, “all natural”, “sustainable” and “humanely killed” in order to cast a veil over the cruel and horrific realities of the meat industry. He says to the priest: 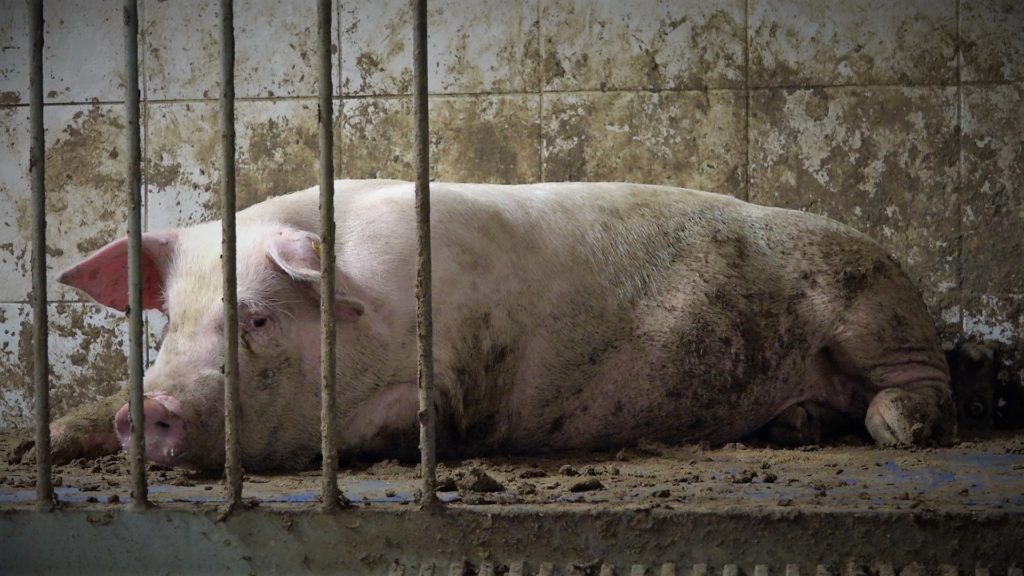 I have pretty much tricked millions of people into believing that the animals they eat all lived good lives, didn’t suffer or die a bloody horrific death. But to be fair, those people all want to believe what I am telling them because everyone wants to feel good about where their food comes from.”

Concluding his confession, the executive, seeking absolution, asks what penance he is to pay. Yet Cromwell’s priest, shocked and disgusted, responds by saying there is no penance because there can be no forgiveness for what he has done.

Redemption’ highlights the plight of animals who are violently killed, and it encourages meat-eaters to forsake the ‘humane meat’ myth, go vegan, and sin no more.”

Despite its powerful message that the cruel realities of the meat industry can be concealed through some sly marketing tactics, for a faith audience, is this advert merely a secular organisation’s imposition of secular beliefs? Since we know that God does forgive the sins of the repentant, can we not dismiss James Cromwell’s priest as wrong and this advert’s message as theologically irrelevant to Christians? After all, we answer directly to God not PETA! Yet, it is in the fact that God does offer forgiveness that this advert compels us to look deeper, not away. 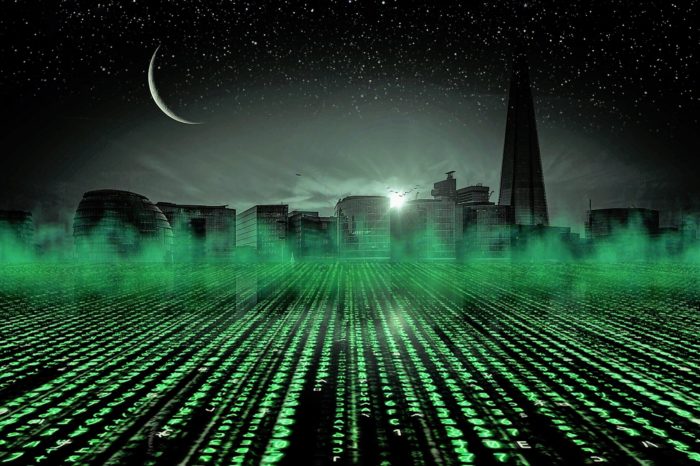 In the 1999 science fiction film The Matrix, the main character Neo is offered the choice between a red pill and a blue pill by rebel leader Morpheus. Should Neo choose the red pill, it would free him from the enslaving control of the Matrix, a manipulative but comfortable and alluring dream world, and allow him to experience reality, with all its hardships and challenges. On the other hand, in choosing the blue pill Neo would stay in the snug, simulated delusion of the Matrix. Explaining to Neo that the Matrix is an illusory world created to prevent humans from discovering that they are slaves to an external influence, Morpheus holds out a capsule on each of his palms:

This is your last chance. After this, there is no turning back. You take the blue pill—the story ends, you wake up in your bed and believe whatever you want to believe. You take the red pill—you stay in Wonderland, and I show you how deep the rabbit hole goes. Remember: all I’m offering is the truth. Nothing more.”

There is something distinctively Christian about taking the red pill; the act of choosing the adversity and the brutal truth of reality over the blissful ignorance of illusion. Indeed 1500 years before The Matrix, St Augustine wrote that true freedom is not about being able to do anything you want regardless of consequences. Rather, Augustine explains in The City of God, that true freedom is discovered in becoming the person God intended us to be; liberated from all the compulsions that force us to live in ways that go against our deepest being and true identity: 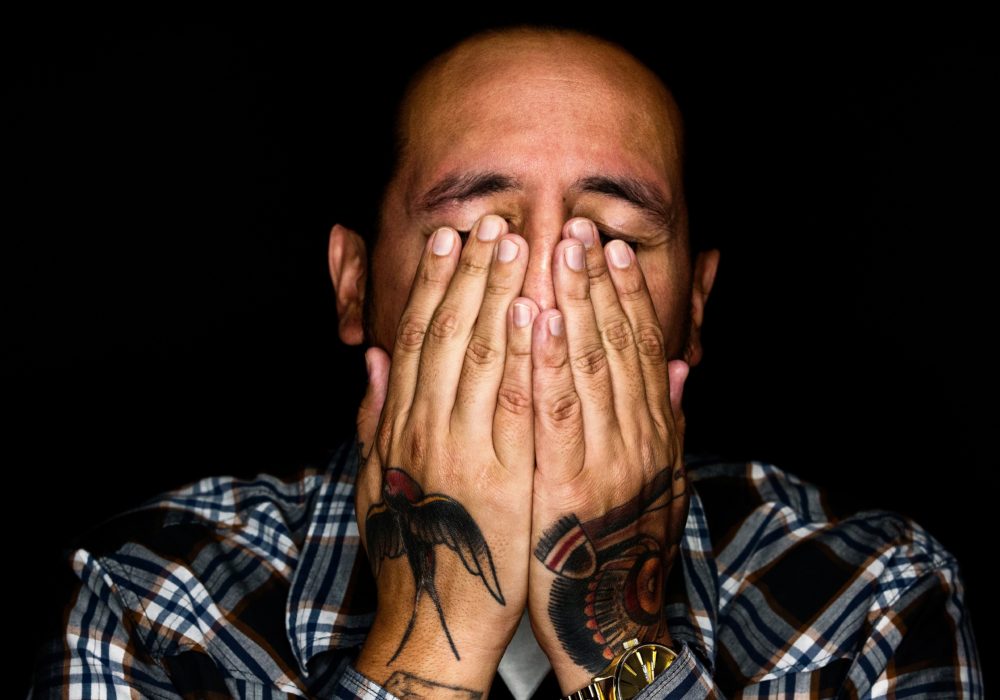 Nonetheless, when it comes to the food on our plates, the desire to embrace knowledge and mental freedom can wane before the temptation of a comfortable life. Indeed, when sitting down to dinner, the assuaging thought that “well, it had a good life, was sustainably sourced and humanely slaughtered” can seem much more palatable than the reality that one’s food was once an animal that was mutilated without painkillers, had her young snatched away on the same day as their birth, was kept and transported in crowded, filthy conditions before being hung upside down to have her throat cut, possibility while still conscious and aware of her impending death.

To consider the terrible suffering inflicted upon animals within the meat industry leads to the even more unsettling notion that we, through our lifestyle choices and for the sake of gastronomic whim, are supporting this suffering. Rather than experiencing the guilt of our participation in this suffering, surely it’s much easier to swallow a blue pill before each meal?

But there is a red pill available which we can choose to take; the promise of God’s forgiveness. God’s forgiveness, which is freely available to all who express remorse and wish to bring about lasting change in their lives, can lead to liberation for animals and humans alike. 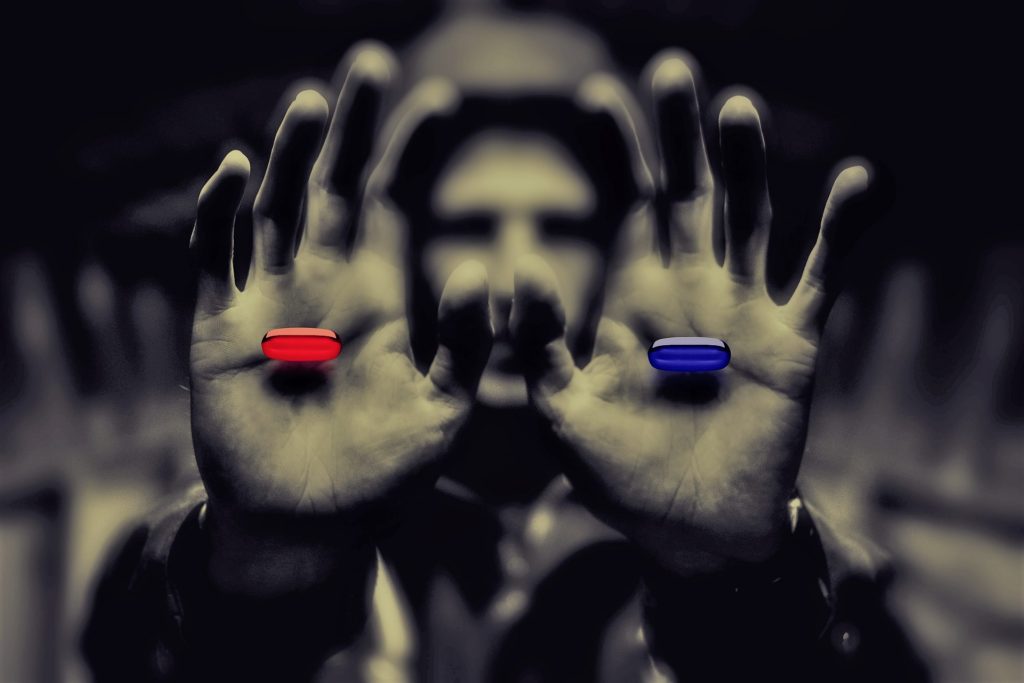 In withdrawing our support of the cruel treatment and slaughter of God’s creatures, they can enjoy the freedom from bondage brought by His forgiveness (Romans 8:21). That is to say, the freedom to be their true selves; each praising God according to their kind.

For humanity, we need not fear facing our past actions and considering their impact on others. For the promise of forgiveness unburdens us from the anxiety of knowing about the horrors of the meat industry and transforms our guilt into hope. The hope that in overcoming our fear of the truth and changing the direction of our lives, we can discover the freedom to become our true selves; reflecting God’s love and compassion through our actions and on our plates.

Then you will know the truth, and the truth will set you free.” 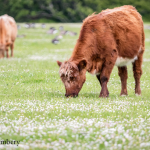 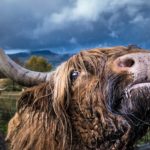