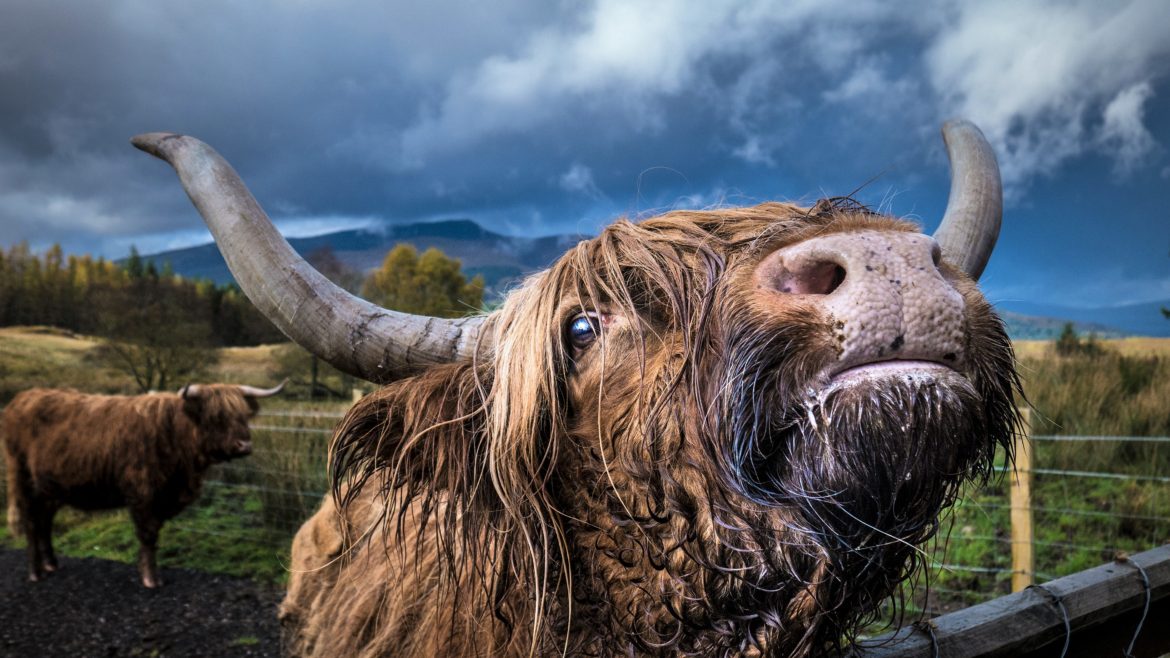 In my new book, Burger, released on 8th March, I take a skeptic’s view of the hamburger. 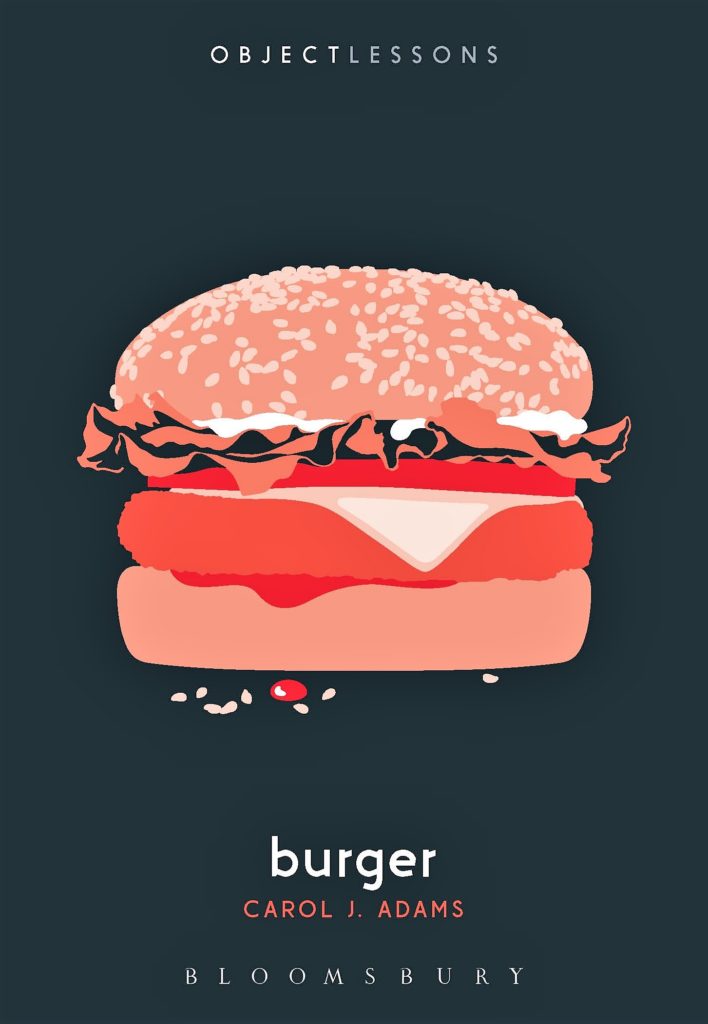 The hamburger is only one of many ways of eating what I call a “single portion protein patty.” It is of course the most famous and ubiquitous. But there have always been “single portion protein patties” that did not contain meat, dairy milk, or eggs. Now we would call them vegan burgers or plant-based meat. But we can trace such foods back to the third century BCE in southern India, where such patties were made from lentils and, of course, there is the falafel.

When we talk about the hamburger—the lowest common denominator of meat—we forget that it is actually a “cow burger.” The hamburger is in fact the main delivery option for eating cows. With the growth of “factory” feedlots after World War II, an interchangeability of bodies became central to hamburger production. Now, one hamburger can contain the DNA of more than a thousand cows.

There are about 1.5 billion cows and 60 billion land animals in all on the earth. When I interviewed environmental philosopher Christopher Schlottmann, author with Jeff Sebo of Food, Animals, and the Environment: An Ethical Approach, for my book, he asked me to “Visualize the weight of all the cows on earth.” He told me, “It is greater than the weight of all the humans on earth, and each one of these cows is eating, respiring, defecating, trampling things.” (A cow on a dairy farm produces about 150 pounds of waste every day.) “According to Ulf Sonesson of the Swedish Institute for Food and Biotechnology,”—I’m quoting Peter Singer here—“each kilogram of beef served is responsible for nineteen kilograms of carbon dioxide emissions, whereas each kilogram of potatoes served is responsible for only 280 grams—which makes beef sixty-seven times as carbon-intensive as potatoes.”[1] 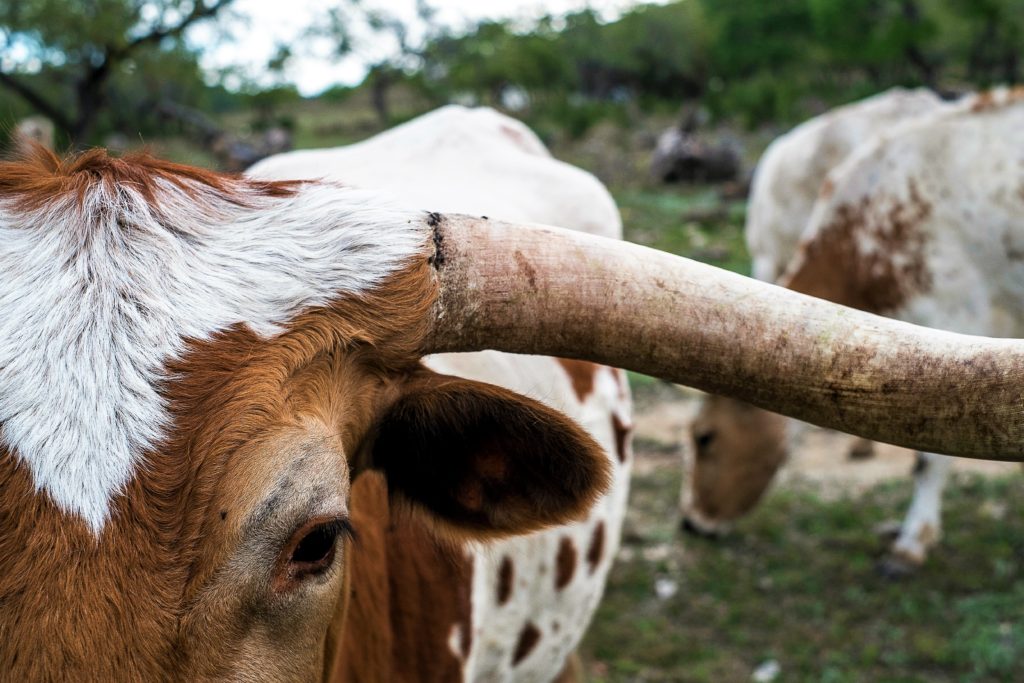 Methane is a product of the cow’s digestion process; as a ruminant, the cow has a four-compartment stomach for digesting plants. Both through burping and flatulence, the cow produces methane. Manure lagoons are also sources of methane. Most of us find it hard to aggregate a cow’s bodily functions to their environmental consequences. But recall that number: 1.5 billion cows globally are burping and farting and defecating. The environmental issue is that methane “holds 72 times more heat than carbon dioxide when calculated across twenty years.”[2] One simple change – replacing beef with beans – could have a dramatic impact on greenhouse gas emissions

Choosing a hamburger becomes a way of hoarding what climate justice activists refer to as “climate space,” (greenhouse gas emissions: nitrous oxide, methane, carbon dioxide). The squandering of climate space by animal agriculture, especially the production of hamburger (but not only), makes climate change a human rights issues. Climate change renders the world’s poorest countries vulnerable to its impacts.

As I worked on the book, I realized something about Christian practice. How often social events sponsored by churches include “grabbing a hamburger,” especially when we are creating youth outreach? Are we normalizing something that actually flies in the face of several Christian ethical commitments including considering the least of these in our midst? 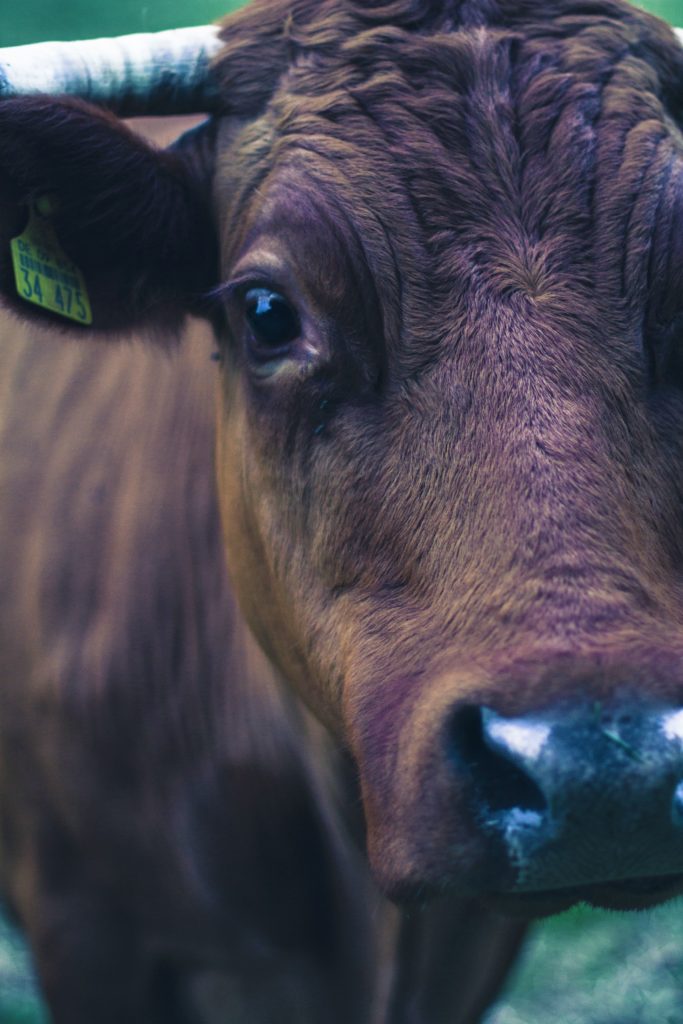 We all know how Jesus multiplied loaves of bread to feed the multitudes. Hamburgers work in the opposite way. In the early 1970s, Frances Moore Lappé called cows “protein factories in reverse” because for every 16 pounds of grain and soy fed to beef cattle in the United States we get back one pound of meat. 110 years earlier George Marsh pointed out that, “The ground required to produce the grass and grain consumed in rearing and fattening a grazing quadruped would yield a far larger amount of nutriment, if devoted to the growth of breadstuffs.”[3] Animal agriculture now occupies one-third of the landmass of the Earth. We have become the people who reverse the miracle, diverting and reducing rather than multiplying resources.

The most vulnerable workers, a migrant industrial workforce, are employed at the slaughterhouses that dispatch cows to become hamburgers. In the United States they are often undocumented workers, with no medical insurance.  As meat consumption has increased, line speed at slaughterhouses have increased in tandem. It’s work that is physically demanding and that requires the kind of repetitive motions that give rise to injuries. Workers might make ten thousand cuts over a single shift. Many suffer chronic pains in their hands, wrists, arms, shoulders, and back. The workers in hamburger franchises also find themselves with repetitive tasks on a hamburger-making assembly line. Culinary historian Andrew Smith called it a “militarized production system.”[4] Then there is the third shift: those who clean us after the work of killing and fragmenting the animal has ended for that day. They must walk through and clean up pools of blood, tissue, and bone. 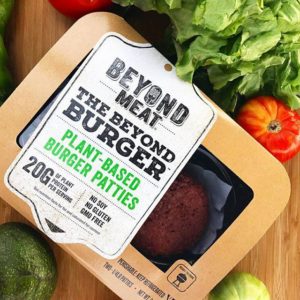 The hamburger—minced, macerated, ground—is the renamed, reshaped food product furthest away from the animal. Violent processes probably inhere to all forms of food production, but with the hamburger it is imbricated throughout every ground-up striated muscle. If the hamburger is the unsustainable solution to protein delivery, what could take its place? Plant-based meat.

Beyond Meat Founder Ethan Brown suggests we should think about meat in terms of composition and not whether it is from an animal. Plant-based meat supplanting animal meat? He says it is like the cell phone displacing the landline. He told the San Francisco Chronicle, “I was struck by the idea that we’ve innovated and removed bottlenecks in every part of industry but not in agriculture. . . . We’ve always tried to make the animal more efficient, and there’s a biological limit to that.”[5]

The hamburger in the twentieth century was a symbol of progress; now we should view it as a symbol of profligacy. We are never just eating a hamburger we are eating violence, mastery of nonhuman animals and the Earth, climate space, and an unimaginative and standardized food delivery system. 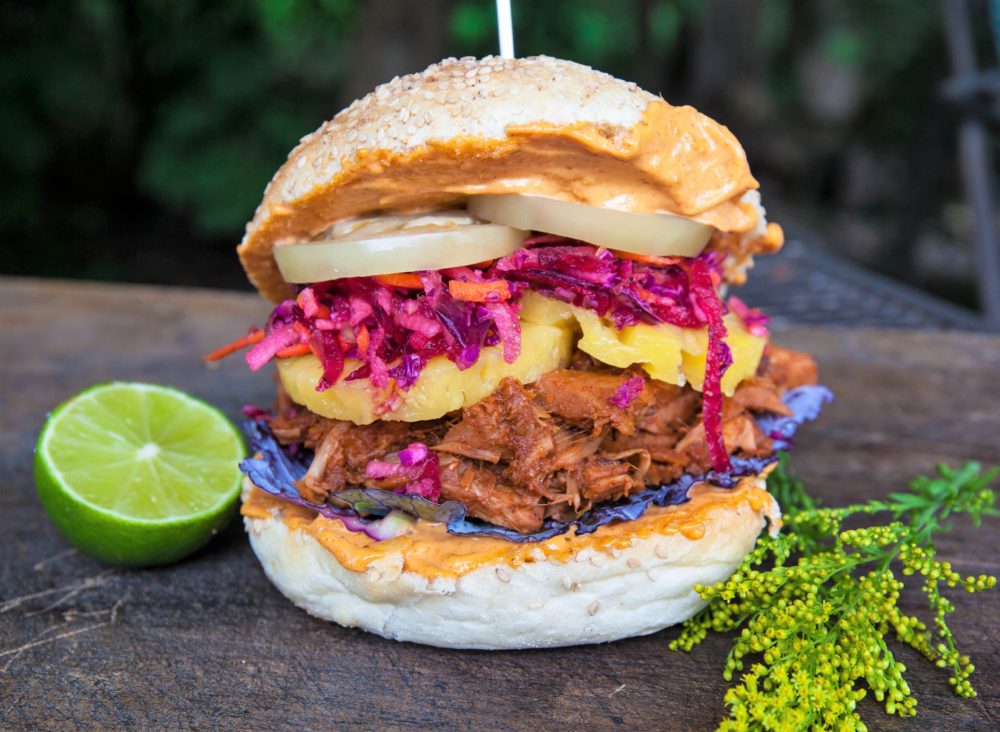 I’m dreaming of a Christian practice that looks behind the hamburger’s appeal as a fast and simple food and asks, “What is the harm that is done when I vote for this product through my purchases?”

We don’t have to imagine an alternative. It exists. Perhaps the best mission trip that a church can take is to stop serving hamburgers by introducing plant-based meats for all their meals. 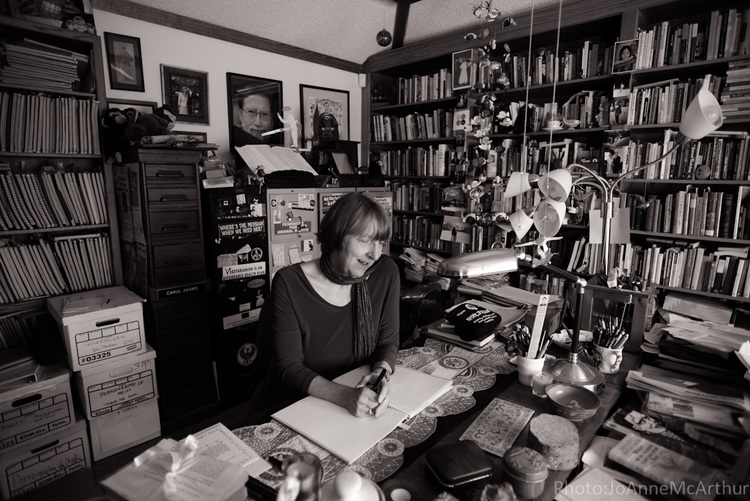 Carol J. Adams is the author of The Sexual Politics of Meat.

Her new book is Burger is in the “Object Lessons” series from Bloomsbury Press.

In the autumn, Protest Kitchen: Fight Injustice, Save the Planet, and Fuel Your Resistance One Meal at a Time will be published. 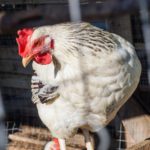