The Suffering of Animals Today: A Challenge to Religious Leaders 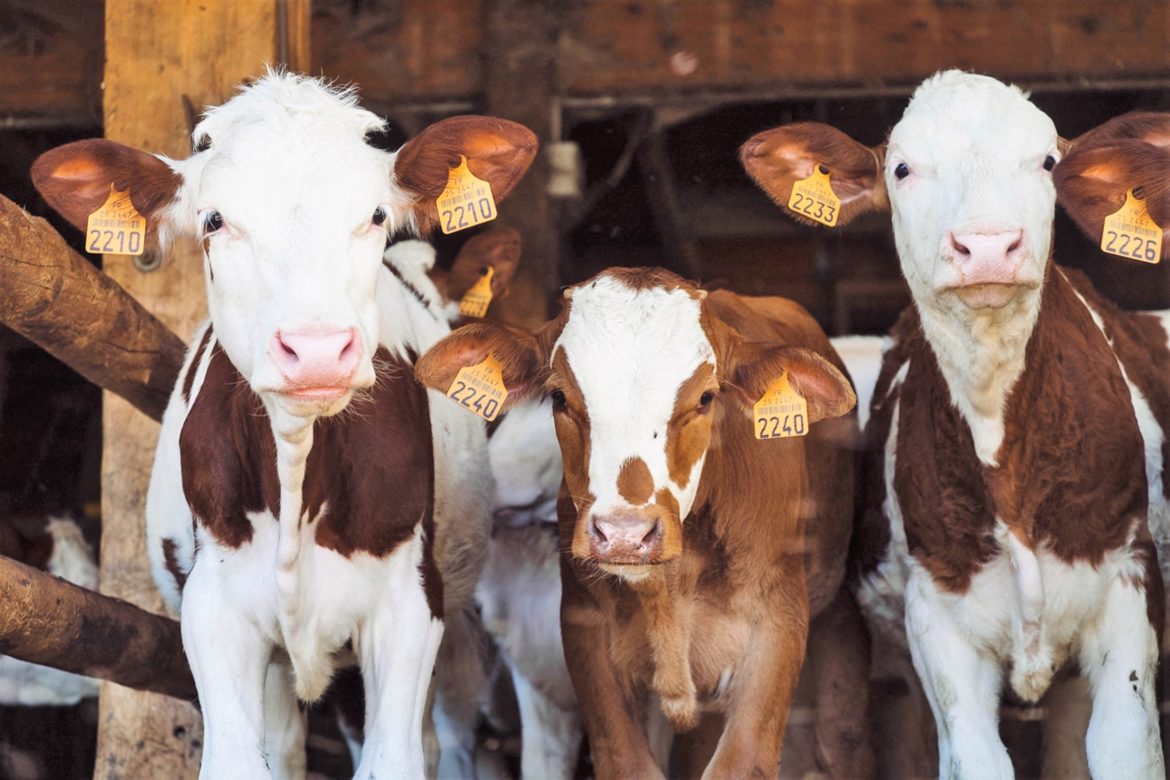 Dr Joyce D’Silva, public speaker, author, ambassador and former chief executive of Compassion in World Farming explores the pro-animal voices found within various faith traditions and challenges Christian leaders to speak out so that the current world of animal exploitation can start to be replaced with one of respect and compassion. 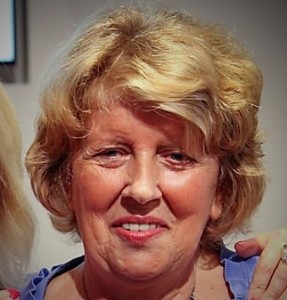 Nearly all religions see animals as a valuable part of God’s creation, some even seeing animals as praising God by their very existence. Within Christianity, this is most notably witnessed in Psalm 148 which speaks of all creation, with specific mention of birds, animals, sea creatures and insects praising God. Also, after the flood, God’s new Covenant was made, not just with humans, but “with every living creature” (Genesis 9:9-10). Jesus assures us that even the five sparrows are not forgotten in God’s sight (Luke 12:6).

Other religions echo these ideas. In the Qur’an, animals are seen as worshipping Allah (God): “Do you not see that to Allah prostrates whoever is in the heavens and whoever is on the earth and the sun, the moon, the stars, the mountains, the trees, the moving creatures and many of the people?” (Qur’an 22:18). Religions like Hinduism see the ultimate Essence as manifesting in every creature.

The founders of faiths and the authors of their holy books lived hundreds or thousands of years ago. In their societies it would have been impossible to envisage a world where animals were experimented on or kept in their billions in factory farms. Yet just because an exact condemnation of certain practices is not mentioned, that doesn’t mean that today’s religious leaders should be silent or equivocal on such matters. So, when we look at the state of animals kept in factory farms & laboratories, or used for entertainment and sport, we can well ask, “Who, among our religious teachers and leaders, is speaking up for animals?” 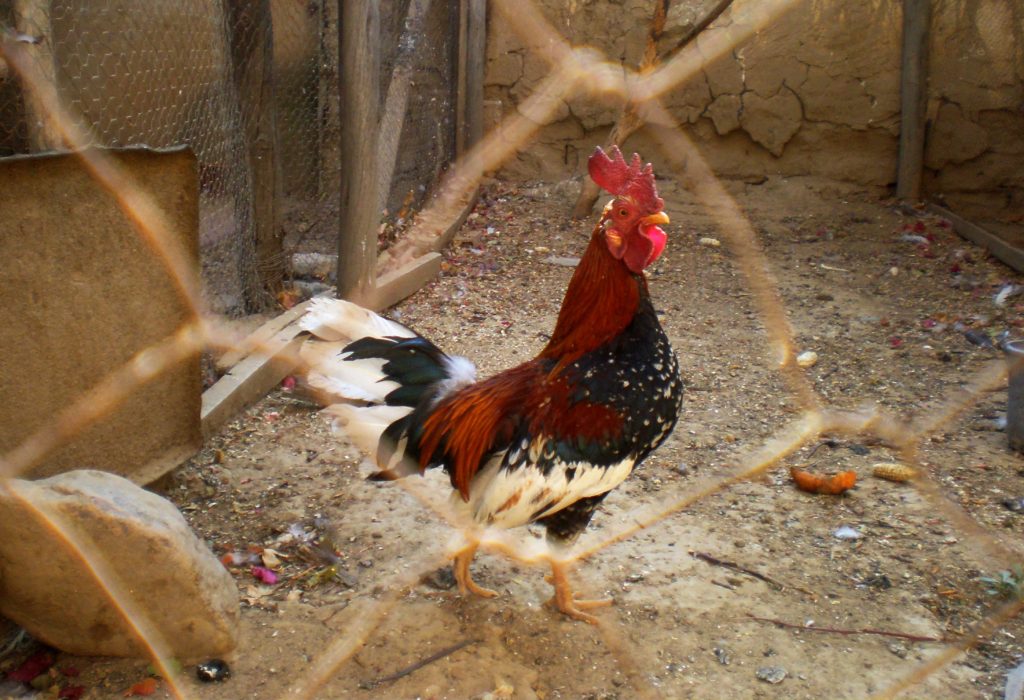 An important question for religious leaders to consider is whether animals really exist only to enrich human lives or do they have intrinsic value, as part of a creation that God loves. If they are part of a divinely loved creation, who are we to abuse them? If they are sentient beings like us, who are we to exploit them?

Even if you think some use of animals is acceptable, as long as suffering is not inflicted, then surely there’s an obligation to speak out against practices which are inevitably going to inflict suffering, such as factory farming? Just as Christianity is the only faith where animal sacrifice has been abandoned for ever, wouldn’t it be wonderful if Christians everywhere spoke out to end the abuse of animals which we see in our world today?

Right now religious leaders in other faiths are taking up the animal cause. Several influential Buddhists have formed Dharma Voices for Animals calling for Buddhists to abstain from animal products. Al-Hafiz B A Masri, who wrote the influential “Animal Welfare in Islam” (The Islamic Foundation, 2007) condemned factory farming, saying: “How right is it to deny these creatures of God their natural instincts so that we may eat the end produce?”

Rabbi David Rosen CBE, former Chief Rabbi of Ireland and International President of the World Conference on Religion and Peace, says “much of the current treatment of animals in the livestock trade makes the consumption of meat produced through such cruel conditions halachically unacceptable as the product of illegitimate means” (Rabbis and Vegetarianism, Micah Publications, 1995).

There are many voices within the Hindu world calling for vegetarianism and a return to the values preached by Mahatma Gandhi, who famously declared: “I do feel that spiritual progress does demand at some stage that we should cease to kill our fellow creatures for the satisfaction of our bodily wants. It ill becomes us to invoke in our daily prayers the blessings of God, the compassionate, if we in turn will not practice elementary compassion towards our fellow creatures” (The Moral Basis of Vegetarianism, Navajivan Trust,1959). 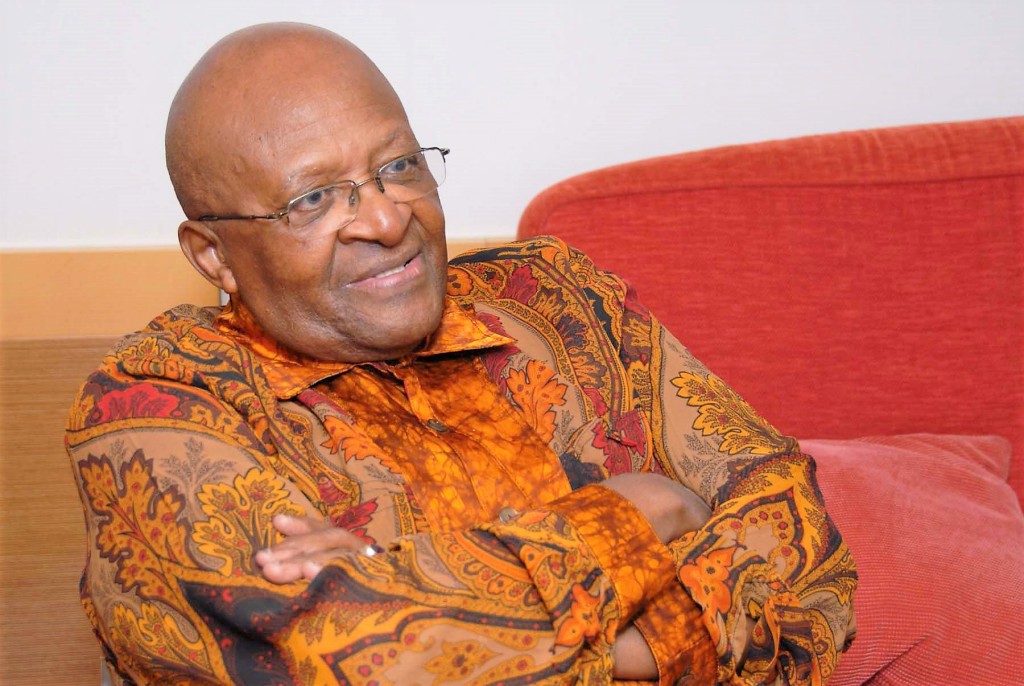 Thankfully, Christian leaders are also speaking out against animal cruelty. Archbishop Desmond Tutu argues that we should not see ourselves as the be-all and end-all of creation: “It is a kind of theological folly to suppose that God has made the entire world just for human beings, or to suppose that God is interested in only one of the millions of species that inhabit God’s good earth.” (The Global Guide to Animal Protection. University of Illinois Press, 2014)

The respected Lutheran theologian, Jurgen Moltmann, Emeritus Professor of Systematic Theology at the University of Tübingen, put it this way in a speech in 1990: “Whoever injures the dignity of animals, injures God” and he calls for a Universal Declaration on the rights of animals. (Ethics of Hope, Minneapolis, MN: Fortress Press, 2012).

This view of God’s rights, “theos-rights” in His creation is shared by the Reverend Andrew Linzey, who has written a raft of books on the subject of Christianity and the rights of animals. He believes that animals have rights based on the right of the Creator to have his creation treated with respect. He is an opponent of factory farming, challenging the silence of the established church on this subject: “Does the Church really see the suffering of farm animals? Does it have any appreciation of what they have to endure in intensive farming – debeaking, castration, tail-docking without anaesthetics, battery cages – to take only a few examples? … Has it really grasped that now, as never before, we have turned God’s creatures into meat machines?” (Creatures of the Same God, Explorations in Animal Theology, Winchester University Press, 2007).

More recently we are at last seeing leadership from the Roman Catholic Church. Pope St John Paul II wrote in his encyclical “Gospel of Life”: “Human beings may be merciful to their neighbours, but the compassion of the Lord extends to every living creature” (Evangelium Vitae, 1995). 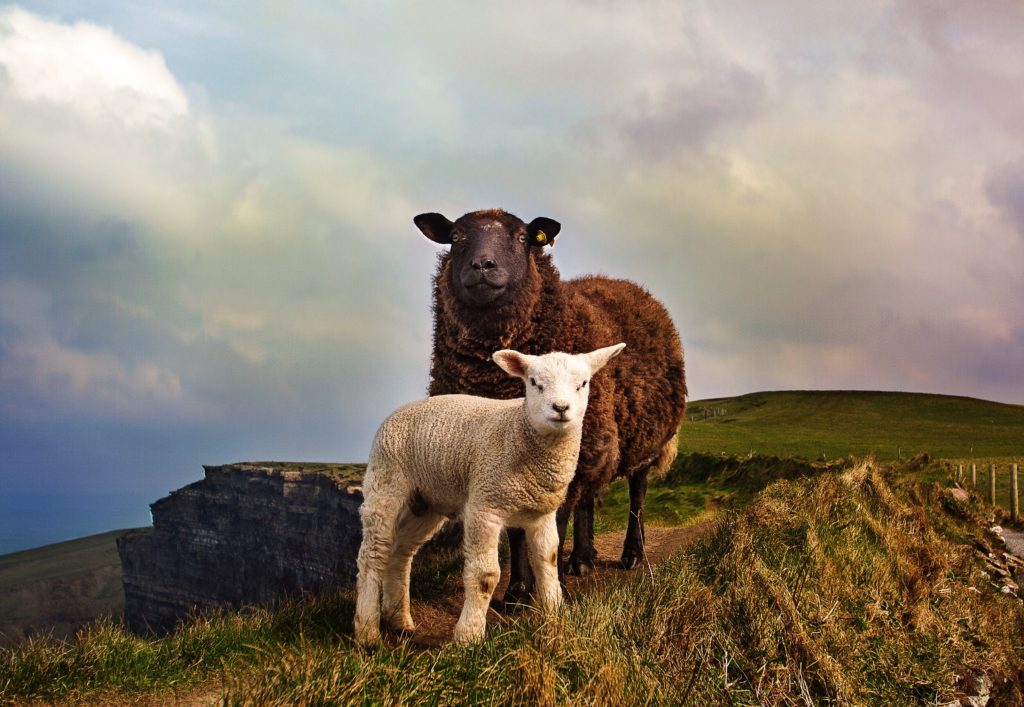 In 2015, Pope Francis issued a hugely important Encyclical Laudato Si’, which puts forward a beautiful vision of the place of animals within our world: “Each creature possesses its own particular goodness and perfection… Each of the various creatures, willed in its own being, reflects in its own way a ray of God’s infinite wisdom and goodness. Man must therefore respect the particular goodness of every creature, to avoid any disordered use of things.” He proposes an “ecological conversion”, which is based on “attitudes which together foster a spirit of generous care, full of tenderness” and which “entails a loving awareness that we are not disconnected from the rest of creatures, but joined in a splendid universal communion.” The encyclical lists the actions which individuals can take in their own lives, from avoiding waste and using less water to “showing care for other living beings”.

The challenge to all Christian leaders now is to develop their policies and speak with their communities, so that the current world of animal exploitation can start to be replaced with one of respect and compassion.

Dr Joyce D’Silva is a public speaker, author, ambassador and former chief executive of Compassion in World Farming. She holds a doctorate from the University of Winchester. 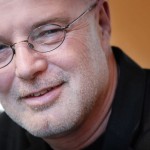 On Earth As In Heaven – Brian McLaren 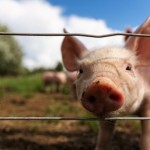