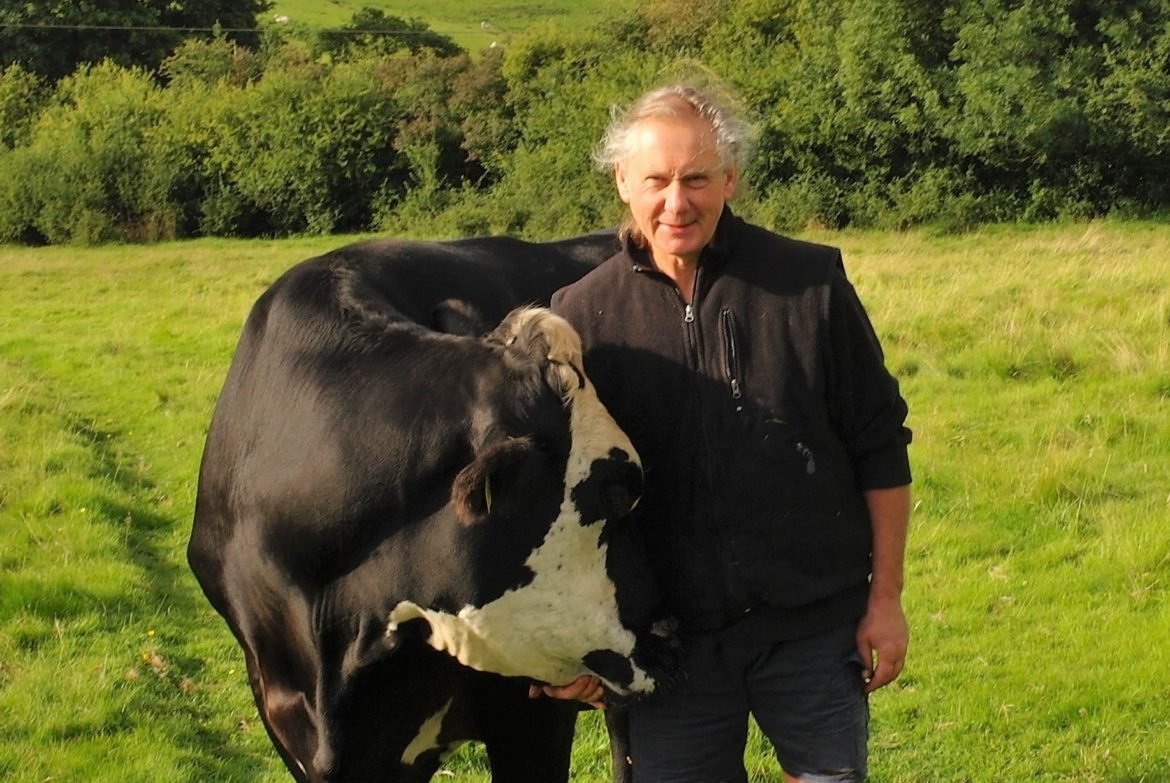 Jay Wilde, the Derbyshire farmer who made national headlines after famously donating his herd of cattle to an animal sanctuary in 2017, reflects upon his relationship to animals, the future of his farm and the newly released documentary 73 Cows which chronicles his remarkable story.

Whilst you were still a beef farmer, what was your relationship with the animals on your farm?

It was a strange relationship. You knew you wanted to look after them and keep them as healthy and happy as possible, but you knew that the ultimate aim of all the care and attention was to prepare the growing calves for inevitable slaughter, and so you couldn’t help thinking ‘Do they know what you really have in store for them?’ and wondering if they knew that you would betray their trust in you.

What was it like taking the cows to slaughter?

On the one hand, I felt I had to steel myself for what had to be done to fulfil the role of a conventional farmer; on the other hand, you felt like a criminal playing a dirty horrible trick on the animals as your final contact with them.

Did you feel trapped in your role as a beef farmer?

I was born into cattle farming and everybody thought it was the natural thing to do for the son to take over the father’s role, maintaining the farm and continuing what was thought of as the traditional way of British cattle farms to operate: growing grass for the animals to eat, producing food that people can eat. But after a few years of working on the farm the idea of eating the animals that I’d known and cared for began to seem unacceptable and I became a vegetarian. When my father died in 2011 I had to take full responsibility for what I was doing and for several years I struggled with the life of a traditional livestock farmer, all the while trying to think how to maintain the environmental benefits of an organic livestock farm which supports traditional hay meadows and unimproved grassland – both increasingly rare habitats which we have maintained for quite a few years assisted by Higher Level Stewardship funding by Defra and the EU – without having to send animals to slaughter.

How did you reach your decision to give your herd of cows away to Hillside Animal Sanctuary and turn Bradley Nook into a vegan farm? 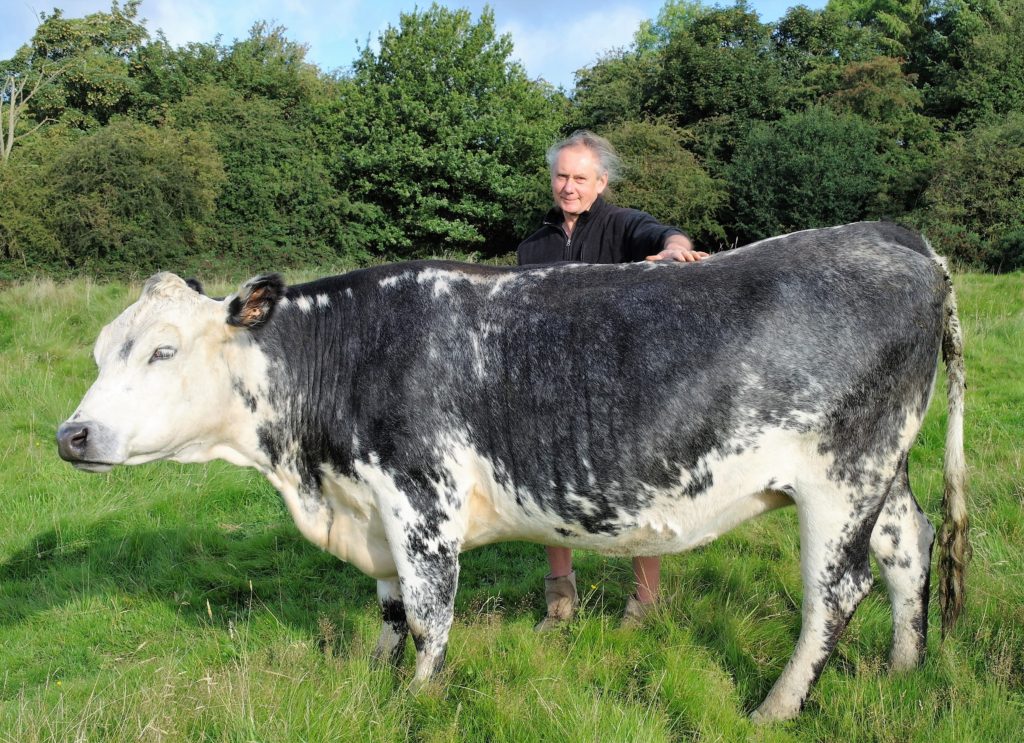 The first hint of an alternative life for the farm came from Patrick Smith at Veggies Catering Nottingham who were providing the food for an event on the farm. Nearly all the people attending were vegans or vegetarians; some had remarked to Patrick that they were upset that they were staying on a beef farm. He asked me if I had heard of vegan vegetable growing. I had no idea what that meant at that time and I felt a pang of resentment and felt defensive because we were doing the best – as we thought – to keep the farm going. But I admitted to Patrick that I knew why they felt upset as I hadn’t eaten meat for at least 25 years at that time. He gave me the phone number of The Vegan Society so that I could make enquiries. I think it was because I felt secretly ashamed of what I was doing and therefore defensive, it took me more than a year to actually call The Vegan Society. I also felt bound to carry on my father’s work trying to bury my own feelings. Within a few weeks of finally making the call, leading members of The Vegan Society came to visit the farm. We discussed why I had telephoned and discussed the possibility of producing food without having to exploit animals which The Vegan Society are promoting with their Growing Green campaign. They suggested a further meeting with Iain Tolhurst, the originator of stockfree growing, and David Graham who started and runs the Vegan Organic Network. After some discussion and walking around the farm taking soil samples, these two experts and The Vegan Society suggested that this might be a way forward. Then came the question of what would happen to the cattle living on the farm. They asked if we would sell them for slaughter or to other farmers. But I said that wouldn’t be a good start to animal-free agriculture and the response was ‘We were hoping you would say that, we would like to find spaces for the animals in sanctuaries around the country’. The Vegan Society offered to tackle this job. Everybody expected this process to take six months to a year but just a few weeks later, Hillside Animal Sanctuary in Frettenham offered to take the entire herd.

What were the sacrifices and rewards of giving away your herd?

The only sacrifice was giving up the feeling of security of a system and routine which had been your life experience and having to learn how to keep the farm together using completely new ideas and unfamiliar skills.

The rewards were a feeling of overwhelming relief never having to take another animal to the slaughterhouse and knowing that the cow families on the farm would be able to live their lives together at Hillside, giving us the freedom of starting the new life of Nook Farm. Another reward was the hope that we could play some part in changing the way that Britain and maybe other parts of the world produce the food that we need.

Your story hit the news headlines in an extraordinary way. How did others react to your decision?

Our overwhelming impression is of wonderful support from people who want to see positive change in the world. We have had many offers of practical and possible financial support when our project finally gets underway. Many letters and cards arrived with wonderful comments and encouragement.

Some local farmers reportedly made very adverse comments but one local farmer is sympathetic and we seem to have found some like-minded friends in a nearby agri-environmental support group.

Your story has been turned into an awarding winning documentary. What was it like working on this extraordinary film and what do you hope it will achieve? 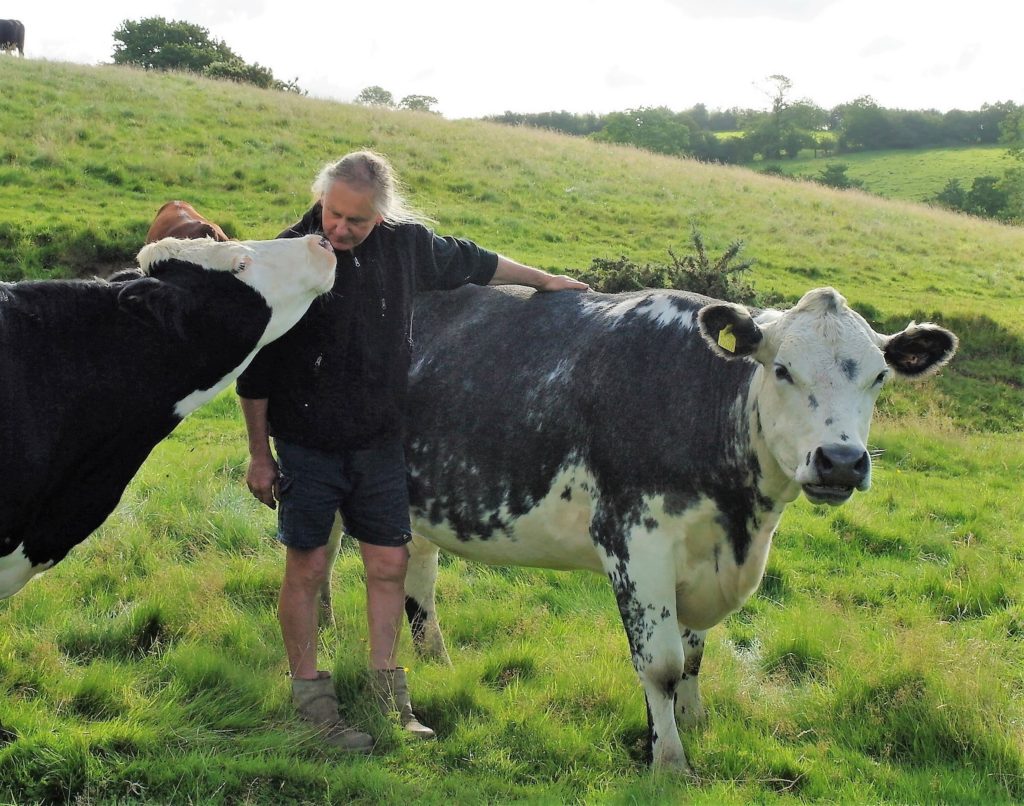 It felt very strange when Alex Lockwood and his team at Lockwood Film approached us expressing an interest in making a documentary about events on the farm. At that point we did not realise just how much time and effort they would have to devote to visiting the farm and filming segments which might be edited into a finished film. At first, we had no idea what it meant to be filmed and only really agreed because we liked Alex and wanted to help them to succeed with their project. Being subjects of the film and feeling slightly overwrought by the experience, it was difficult to imagine what the final result might be. Ultimately, I hope it will inform people about a more humane and efficient way of feeding the world and also that it will encourage other people to do what they feel and know to be right instead of following tradition and convention and continuing with ways of living that they instinctively know are bad for themselves and the world.

What does the future have in store for you and the farm?

Thanks to The Vegan Society, finding a new home for most of the cows happened very quickly but for various reasons we have not been able yet to start the actual conversion of the farm. But we now have the help of a very capable land agency and hope that progress will be more rapid from now on. The primary aim is to grow vegan-organic produce and to use this produce in a vegan restaurant and a teaching kitchen and B&B. We also plan a shop selling all vegan products.
Most importantly, we hope to demonstrate that we can maintain the farm’s traditional hay meadows and unimproved pastures without commercial cattle farming. We kept twelve animals on the farm because the ancient pasture land needs to be maintained by grazing and the organic manure which the cows obviously produce.

It was very easy to decide which animals to keep as all the ones we kept have a special relationship with us. Two of them we hand-raised from birth by bottle-feeding them, others were special characters that actively formed a special bond with us and three had been in poor health and we wanted to look after them ourselves. Our interaction with the animals seems completely different now; they just go about their business of being cows and we visit them as friends.

How can others support your work on Bradley Nook Farm?

So far, we have drawn strength from the continued support of the many people who have contacted us by post and on social media although we have had no actual progress to report. We are now putting together a crowdfunder which will hopefully make the development possible. When the growing begins there are bound to be volunteering opportunities. 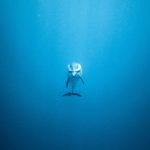 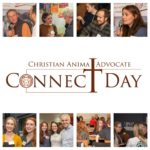