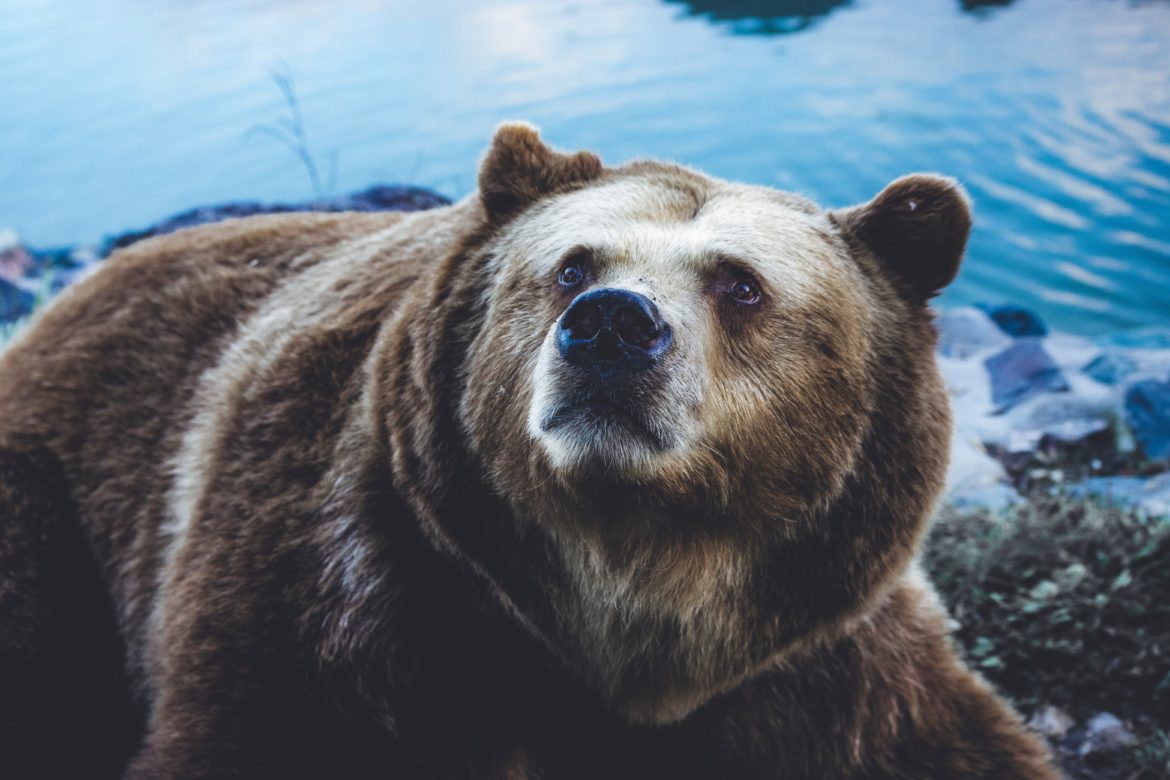 Dr Christina Nellist, Eastern Orthodox theologian and author, reflects upon her embracing of Orthodoxy and explores how its ancient traditions can provide important insights for contemporary animal advocates.

This article directly relates to the course ‘Creation Care: Christian Responsibility’, which is an extension of my work for the Church of Zimbabwe and Angola, which arose from a request for help at the 2019 Halki 111 Summit. It has been written using teachings from the early and modern Orthodox Church and can be adapted for use by all other Christian denominations.

Without going over why there are now so many different denominations, it is important to note that they all derive from the same original source – Christ’s teachings, the Holy Scripture and the teachings of the early Christian Fathers, many of whom chose the collection of books we now refer to as the Bible and who formulated core doctrines for example, on the Trinity, the nature of Christ, the mother of God and the significance of the Resurrection for the entire created order. 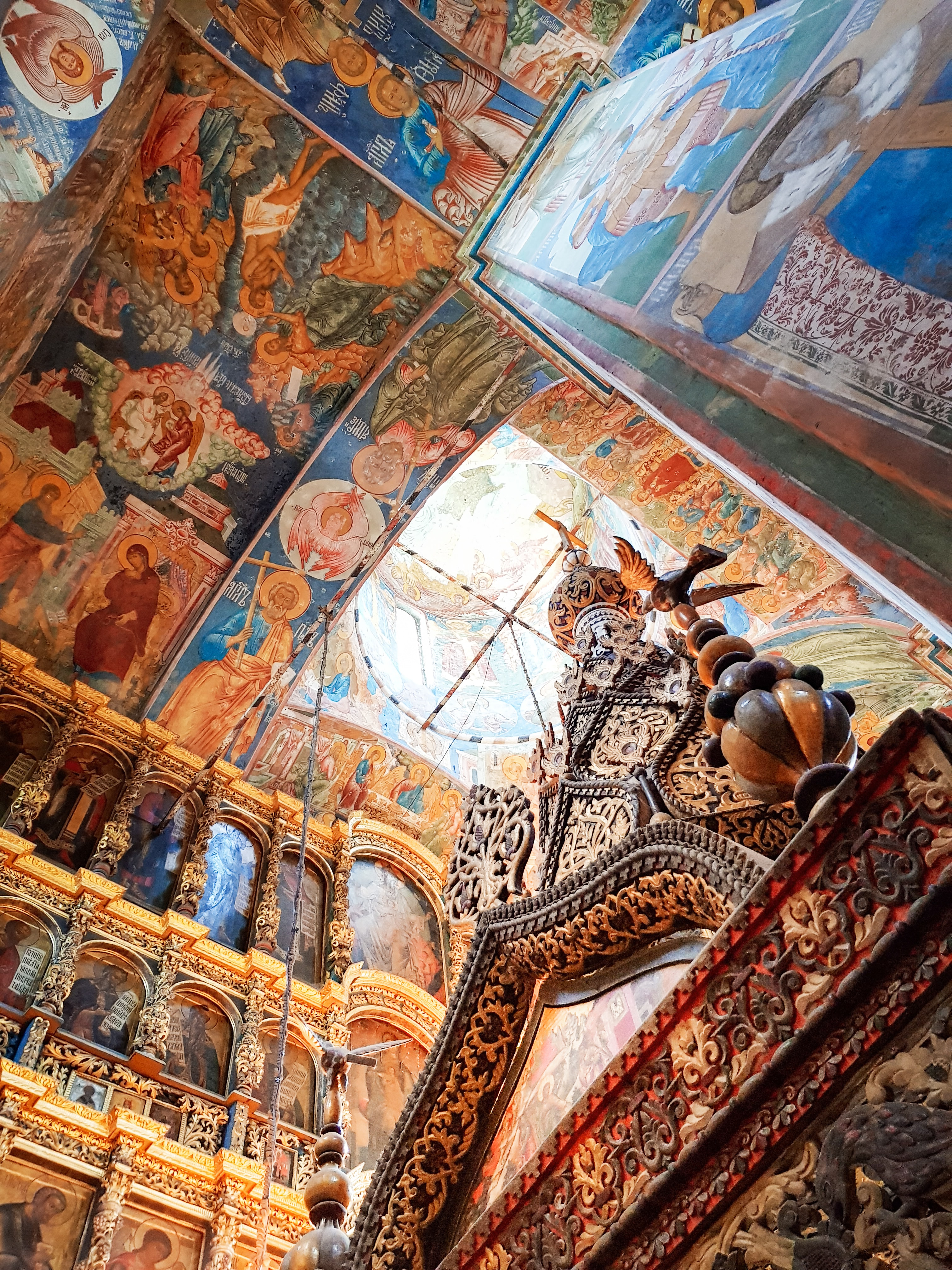 As I was born from a union of a Jewish mother and Catholic father and christened into the Anglican Church, I am used to receiving a variety of teachings. Yet it was decades later and after living and teaching in a variety of countries, cultures and religions that I truly started my Christian journey; firstly in the Seychelles and ‘concluding’ in Cyprus where I became Orthodox.

I had no idea what Eastern Orthodox Christianity was, but that it was a treasure, was in no doubt. Despite asking many questions of the locals, I found few answers. I began therefore to study. The initial study took two years during which I increasingly felt the need to become Orthodox.  This became an imperative when I learnt that we would be returning to the Seychelles and thus I was accepted into the Orthodox Church before leaving. Upon arrival in the Seychelles I began my academic research into Orthodoxy which culminated in a PhD in Eastern Orthodox Theology and Animal Suffering at Winchester when we returned to the UK.  This built upon my previous studies, as a teacher of the Sciences and Special Education and my passion for the protection of the natural world, which exceeds fifty years of active involvement in conservation, animal protection and the prevention of violence or sexual abuse to women and children.

The early Fathers often spoke on how the evil that man had committed polluted the earth and added to creation’s suffering. These teachings reinforced my own experience in life – it was all connected. The violence heaped upon the non-human animal beings in this world, has the same evil at its core as the violence heaped upon so many human beings.  The injustice we see throughout the world is born not only by humans but also by the non-human beings and their environments. 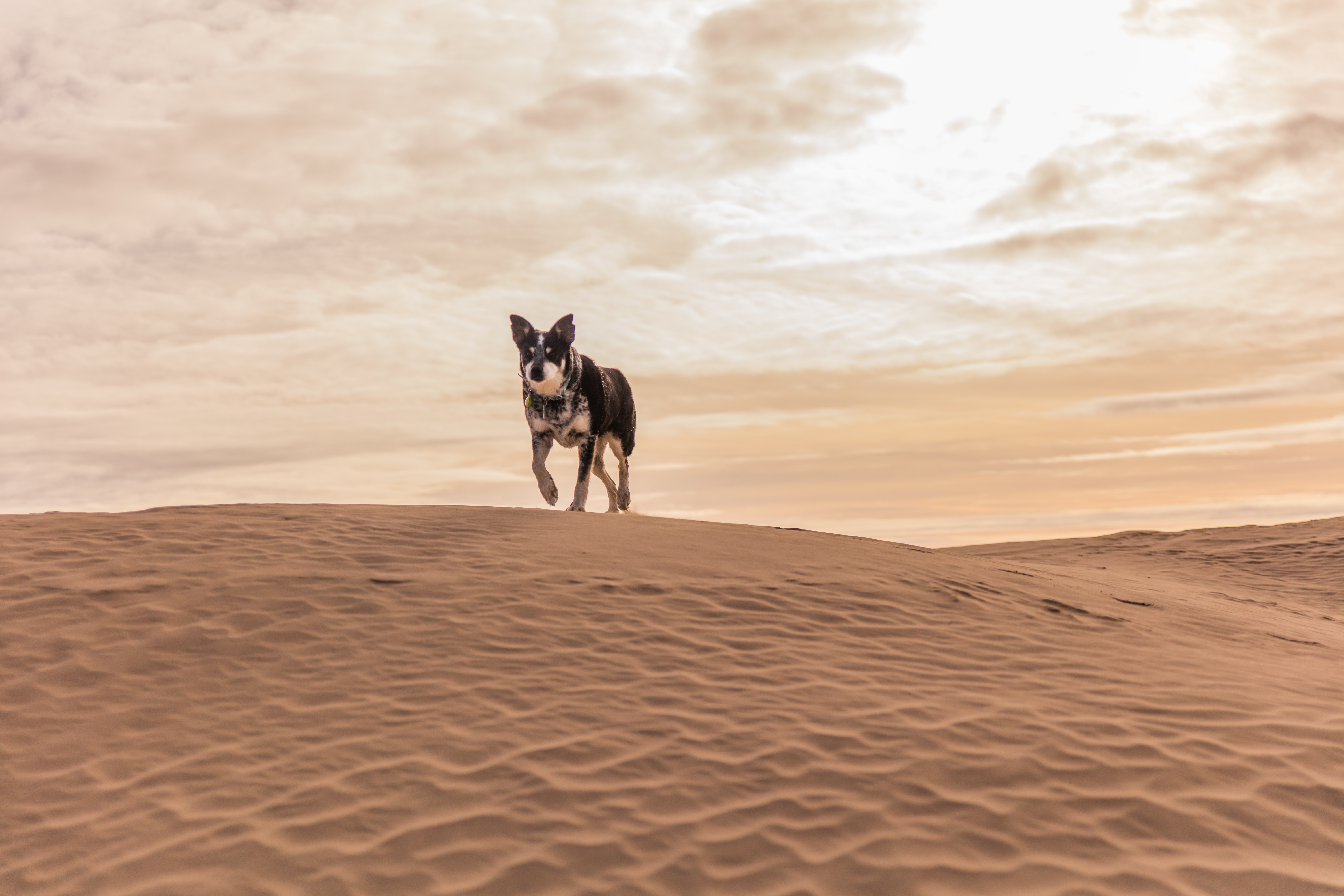 My book, Eastern Orthodox Christianity and Animal Suffering: Ancient Voices in Modern Theology discusses these and many other themes, whilst establishing how compassion for animals and the environment are not new subjects but ones found in the earliest period of the church, throughout history and until today.

Unfortunately for the non-human beings and the environment, this compassionate tradition has too often been hidden under a tradition that focused on the role and superiority of the human being, rather than on our unique role as icon of God. Thus the rest of the created world was forgotten, abused and exploited to the detriment of us all.

There have been many voices throughout the ages that have provided a way back to this lesser known  tradition and the most recognized in the West, is that of St Francis of Assisi; yet for over a thousand years before him, saintly Fathers were sharing their lives with wild ‘beasts’ and teaching on the need for compassion for animals. Much of this is still unknown in the West and my book has a brief chapter highlighting some example whilst referencing many other books on the theme. My book goes deeper than this ‘cosy’ aspect of Orthodox theology by highlighting teachings that require us to look deeper into our teachings and moreover, to apply those teachings to our lives.

My research widens the decades long Orthodox discussions and teachings on the need to save/protect the environment, to incorporate the animals within the environment. For example, we have spoken on the melting ice-sheets without focusing on the tragic impacts for the wildlife living in that region. We have focused on the pollution of the seas without acknowledging the horrors to the inhabitants of those seas.  My book addresses such issues. 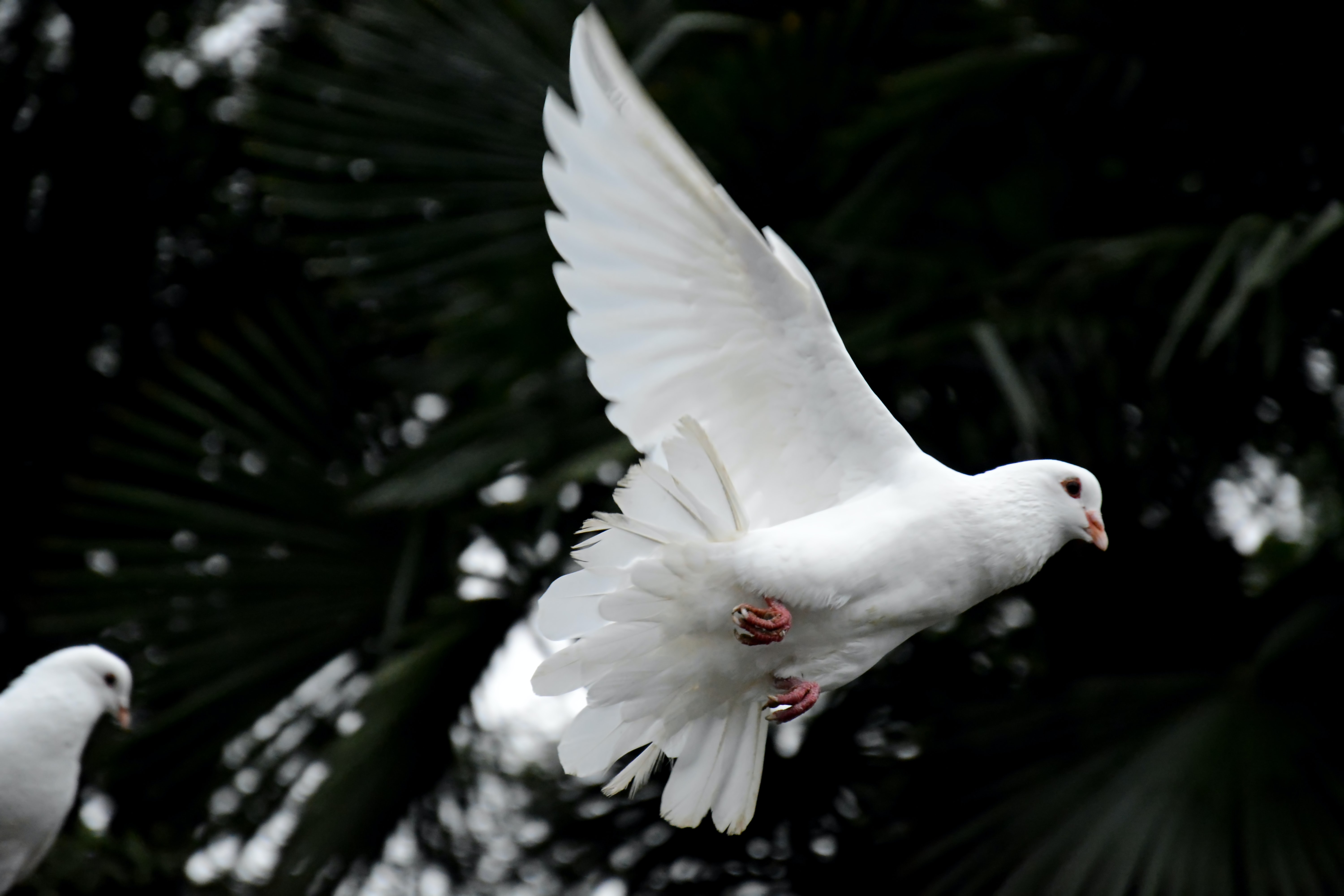 This gap between Orthodox theory and our practice is to be found in every other Christian denomination. We all need to revisit our traditions and cast a discerning eye on our own lives and ask those inconvenient questions. Do we reflect the Image of God – that special role that we have been given to love and care for God’s creation – or have we simply and conveniently, misused everything because we have arrogantly decided that everything God has made is for us and not for Him?

Whilst Orthodoxy is a leader in environmental theological teachings, particularly that of His Holiness Ecumenical Patriarch Bartholomew (“The Green Patriarch”), we are nonetheless fifty years behind the West in animal theology. It was with this thought in mind, that determined both the subject of my PhD and the desire to establish an Orthodox charity that would provide teachings for Orthodox, non-Orthodox and those involved in the animal/environmental protection worlds. In the true spirit of ecumenism, we happily work with both faith and non-faith animal protection groups. Our website has many teachings and articles, both theological and scientific, on a wide range of subjects and at all times, God and Animal/Environmental Protection are at its core.

The ‘Creature Care: Christian Responsibility’ course/module is there for all to use and adapt as they see fit. It can be used in colleges/seminaries/academic institutions but also as a framework for discussion groups within local parishes, as additional material for more established church courses and can be used by priests as a framework for sermons. 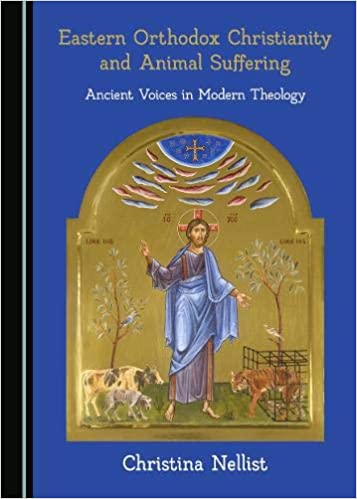 Dr Christina Nellist is an Eastern Orthodox theologian specialising in animal suffering and human soteriology. She is a Fellow of the Oxford Centre for Animal Ethics and former visiting Early Career Fellow in the Department of Theology, Religion and Philosophy at the University of Winchester, UK.

Dr Nellist now runs the Pan Orthodox Concern For Animals charity and is Editor of its website and social media pages. She continues in her academic research and writes articles on the subjects of theology, education, animal protection and climate change.

Her publications include the book Eastern Orthodox Christianity and Animal Suffering: Ancient Voices in Modern Theology 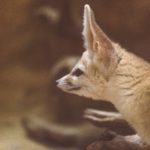 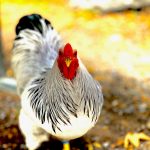