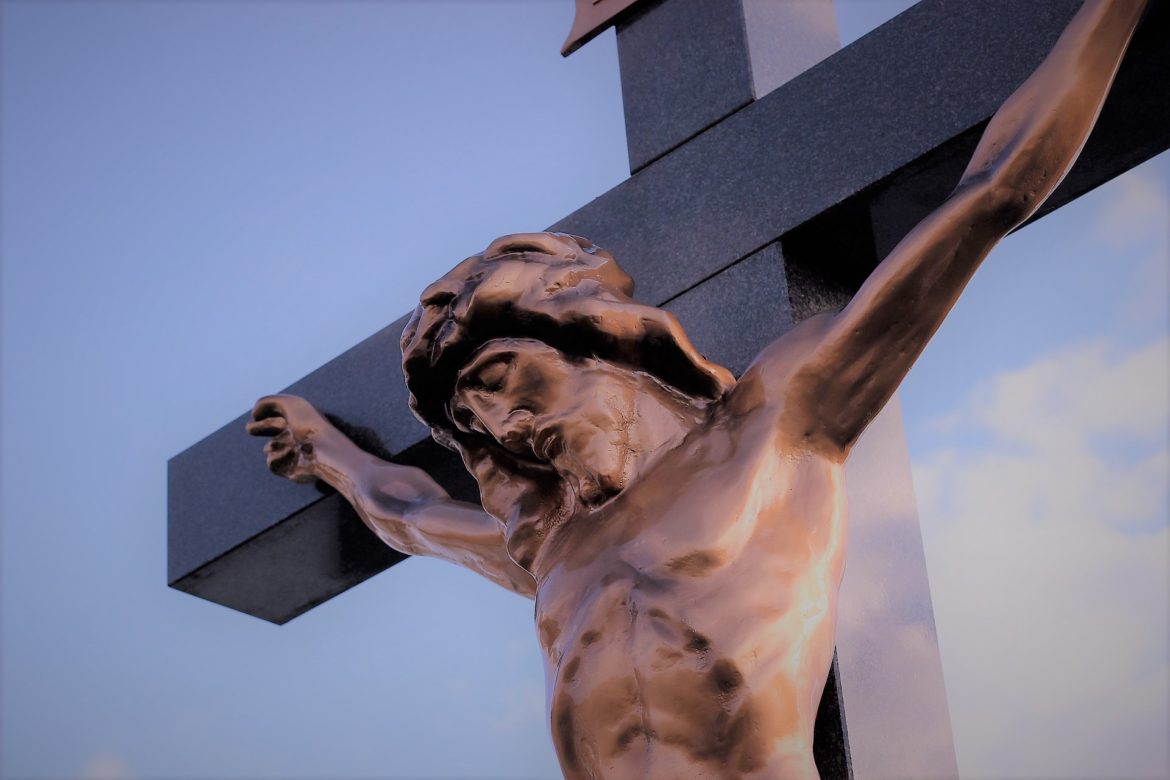 Dr Kris Hiuser, discusses his new book Animals, Theology and The Incarnation which explores how the life and work of Christ applies to non-human animals and humanity’s relationship to the rest of creation.

My book Animals, Theology and the Incarnation was recently published by SCM Press. I was motivated to write on this topic due to my interests in the combined fields of both animal theology and doctrinal theology (theology of the major teachings of the Christian Church). It is my belief that for animal theology to secure a place within both the academy and the wider Christian world, work needs to be done to see just what the implications are for both animals and our doctrines in combining these two topics.

In my book I combine a systematic theology of the incarnation with animal theology. In truth, the book is much more systematic theology than animal theology. Its primary topic is the incarnation, and the first driving question is ‘Why did God will to become human in particular?’ – e.g. why a human and not a horse? Thus it is first and foremost a theological anthropology (a theology of what makes humans ‘human’, or what makes us in some way unique), rather than a theology of what makes animals worthy of moral concern. However, where it differs from much theological anthropology and joins together with animal theology, is its continued inclusion of animals within its theological considerations. Indeed, the second major driving question is ‘Given that God became human in particular, what are the implications for understanding our relationship with other animals?’ 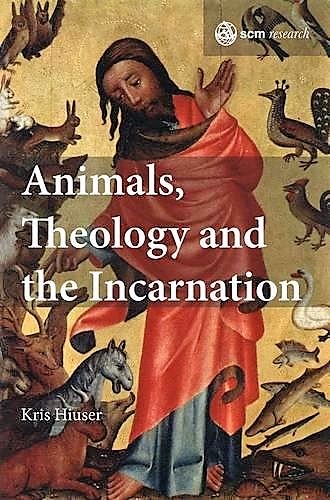 Much of what I argue across the book is the idea that what makes humans distinctive enough that God became a human is a unique role for humans, and necessarily connected with this role is a relationship to other animals. Therefore while my book is focused on the human animal, this focus continually considers what being human means for other animals and looks at this within the doctrine of not only the incarnation, but also to a lesser degree, the Fall, reconciliation, and the future state (eschatology).

The book is arranged into 4 main chapters which examine a different major theologian from the Christian tradition to answer the question ‘why did God become human in particular?’, and a concluding chapter which briefly examines the ethical implications of such considerations. These chapters are based around the thoughts of Anselm of Canterbury about sin, Gregory of Nyssa on the image of God, Maximus the Confessor about the microcosmic nature, and Karl Barth on covenantal partners. 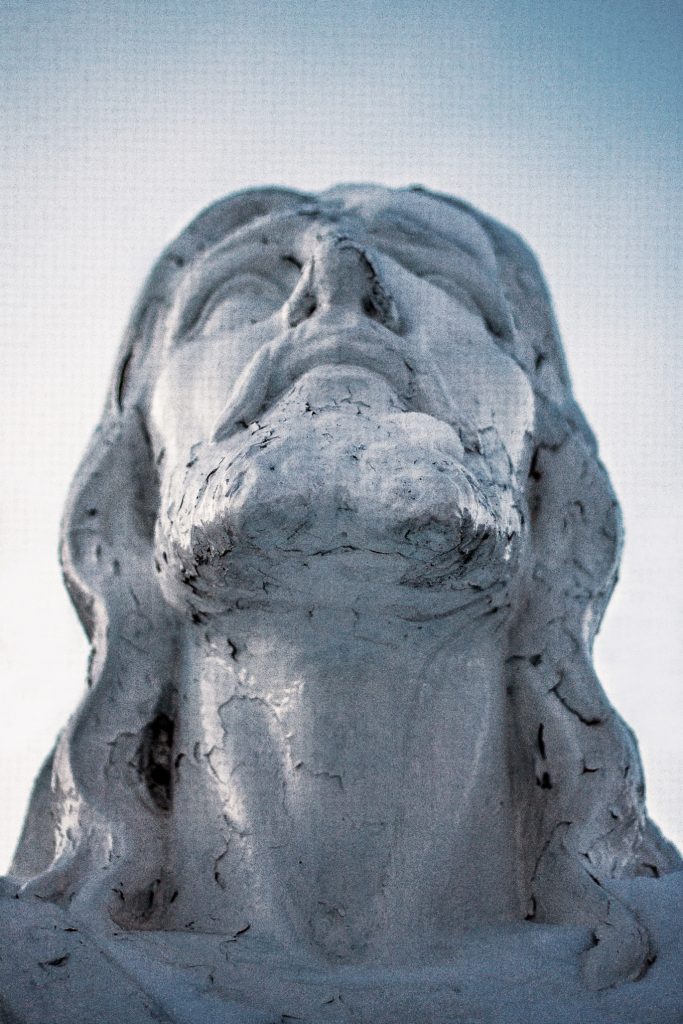 As the book progresses, each chapter adds a bit of clarity to the driving questions. A couple of examples will highlight what I do within. In the chapter on Anselm, I examine his claim that God became human to deal with the issues brought about by human sin, and for Anselm this means humans messing up God’s perfect, orderly, and beautiful creation. I demonstrate that if all creatures are fallen as a result of the Fall, then it is not just humans but the entire cosmos which stands in need of redemption. The way Anselm frames his theology, and the way he expresses how and why God deals with sin, means that if the whole cosmos is fallen (which I think the Bible makes a relatively clear case for), then his account of God’s redemption via the incarnation tends to fall apart for a number of reasons. The main point for my argument though, is that if it is all creation which is fallen and not just humans, then God’s choice to become human cannot be based solely (or even primarily) upon their fallen and sinful nature which stands in need of redemption.

In the chapter on Maximus the Confessor and his respective answer that God became human due to the unique human constitution as a microcosm of creation (a microcosm is simply a small version of the world). This microcosmic make-up is primarily based around humans being both rational, and so connected with God and the angels, as well as physical, and therefore connected with all earthly things. Humans were created in this way to be connected with the whole of creation, and through this nature, they can assist God in the deification of creation. For Maximus, this simply means enabling all creation to become everything that God wills for it to be. Now Maximus is much more ‘animal theology friendly’ than Anselm – for Maximus, it is the whole cosmos which is of redemptive concern and it is the whole cosmos which achieves its divine goals through God’s incarnation. Yet Maximus’ focus on the microcosmic nature of humans, based as it is on a view of the unique makeup of rational/irrational for humans, tends to run into problems if other creatures are found to be rational. Indeed, modern animal studies seem to suggest they are to at least some degree, and rationality appears to be a scale of potential, rather than an either/or division. If humans aren’t unique in being both physical and rational, then we have yet to find an answer to why God became human. 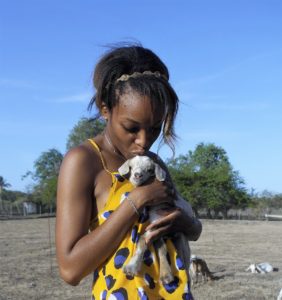 Ultimately, I argue that God’s motivation to become human is due to a unique calling given to humans, rather than a capacity, and I use the theology of Karl Barth to build this argument. Humans are called to be the representational creature, a creature which both speaks to God on behalf of creation through prayer, but also learns the Divine will for creation. This is not to say that God can’t speak to other creatures, nor they to God, but that what makes us unique is not our capacities, but primarily the special task we have in this world. Thus my theological anthropology ends by stating that humans are unique through their relationship with the rest of creation, a relationship which has its own responsibilities and authorities, but one which is necessary if we seek to fully understand who we are theologically. To ignore our calling to the rest of creation is to ignore a significant part of what makes us human. 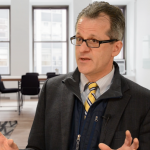 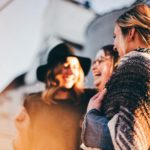