How Can We Live Laudato Si? – Bishop John Arnold 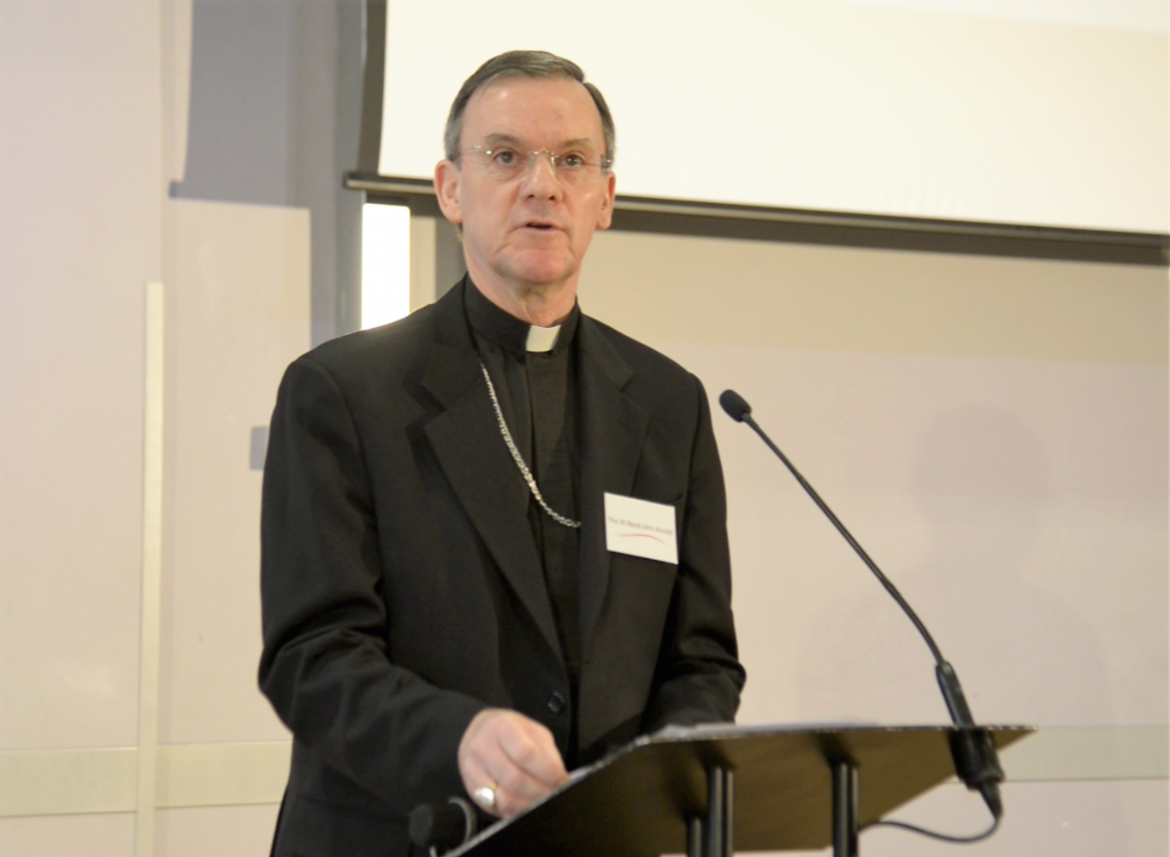 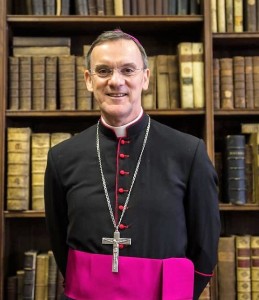 Wouldn’t it be so good if we could simply refer to a bible reference, perhaps something in Mark’s Gospel, that might go something like this: “Jesus withdrew to the hills and he called his disciples to him and said to them ‘The Kingdom of Heaven has that delicate balance of all the creatures and all living beings with which my Father created to inhabit the world. While humanity has the special place in lordship over all creatures, that lordship brings the responsibility of care for all creatures in this world, which is our common home’”. Unfortunately, there is no such passage. But then, we should not be surprised that the evangelists were not concerned with recording anything that Jesus might have said about Nature and the animal kingdom. For the evangelists, their primary need was to record the teaching of Jesus about His relationship with the Father and our relationship with the Trinity of Father, Son and Spirit. That relationship provides the foundation on which all other relationships must be built and the responsibilities and challenges that emerge from that relationship.

The Gospels are far from “complete” in the sense that Jesus was ministering in a particular place, at a particular time. He did not speak about war or any justification for war. He said nothing directly about the sanctity of life, medical ethics…. Or, for that matter, social media!

But the earlier Hebrew Scriptures had plenty to say about the world and its treasure of living creatures. We do well to revisit the imagery of the creation story, in the Book of Genesis. God is seen taking care to create a world which is full of innumerable creatures and, with each passing day of the week of creation, “God saw all that He had made, and indeed it was good”. God places Adam and Eve in authority over all… there is the immediate imposition of responsibility for welfare of all in their care. Responsibility, in its turn, is not simply a static duty but something that requires the benefits of research and increasing knowledge and understanding.

St Francis is just one of the great saints who saw the value and the dignity of the animal world and the delicate balance that exists within creation. There were several saints in the First Millennium who had a profound respect and understanding for the animal kingdom, and its integration in the total portrait of our world: St Basil the Great, St Columba, St Cuthbert. Their insight was laudable but our increasing knowledge today gives us an additional sense of urgency. We understand so much more about our planet, its climate, the environment and that brings the delicate balance of the animal kingdom into a new light.

It is only really in recent decades that we have been provided with information that shows the brutal consequences of our actions. In many cases I am sure that the resultant damage was not understood or intended by those who inflicted it in past centuries. So much was seen merely as industrial progress with no thought given to the long term ravaging of our planet. But the damage is now all too evident. Pope Francis said: “The earth, our home, is beginning to look more and more like an immense pile of filth”. 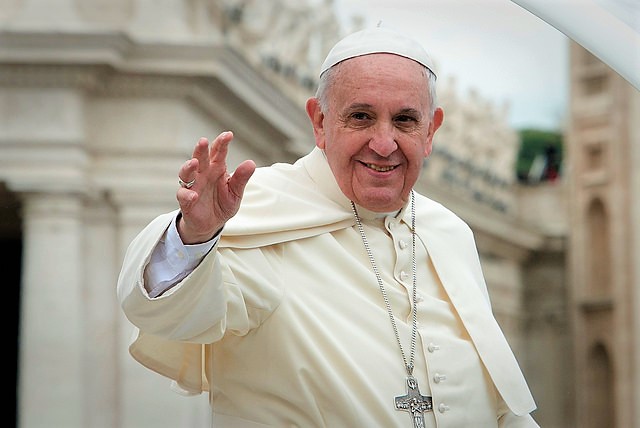 Pope Francis has triggered new thinking. It is not to say that there have not been many dedicated people issuing persistent warnings about the damage we are inflicting on our world. But I think it is true to say that it was Pope Francis who grasped the possibility of bringing Nature into a new focus, and made it a new priority for a much wider public. I have never known a papal document to have been so eagerly anticipated as Laudato Si. This was awaited by so many people both within the Catholic Church and amongst environmentalists and politicians around the world. While it is to be expected that a Pope speaks primarily to Catholics, Pope Francis purposefully addressed his letter to the whole human race.

(As an aside, I should say that I stand in awe of Pope Francis and his ability to make connections. He never speaks about one thing without connecting it to several others. His first letter to the members of the Catholic Church, “Evangelii Gaudium” (The Joy of the Gospel) very quickly and persistently reminded us members of the Church of our common responsibility to each other in confronting the dangers of our world and the decline in values within our society. His recent letter to the Church on Marriage and Family Life, did not limit itself just to “Marriage” and “Family” but he wove in all forms of relationships and their inter-dependence in their changing stages of our lives.)

The sub-title of Laudato Si is “On care for our common home” and Pope Francis makes those essential connections to show that our common home is not just home to the human race but home to all creatures and all life. He leaves no doubt as to the damage we are doing to our world and the damage does not simply impact on our brothers and sisters – particularly in the global South – but also on the delicate balance within the animal kingdom where thousands of species are being eradicated. Whether Catholic or not, let us be glad of the voice that Pope Francis has given to the welfare of animals in his challenge to us all.

I am aware that there is a wide diversity of people gathered for this conference. Many will be vegetarians or vegans. Some will consider the killing of any animal to be both unnecessary and wrong. Others will have primary concerns for the humane treatment of animals even when they are bred for consumption or kept in captivity. I wonder how many would have felt reassurance in a recent report on BBC Radio 4’s “Farming Today” that the U.K. ranks as fourth in the world for animal welfare standards? Whatever our own individual beliefs I would be sure that all of us feel an urgent need to recognise a justice that would prohibit any cruelty to animals, particularly through any sense of sport or recreational hunting. I think we would all agree that we now have sophisticated technology which shows us that there is a delicate balance of all Nature in our common home and we are entrusted with maintaining its well-being. 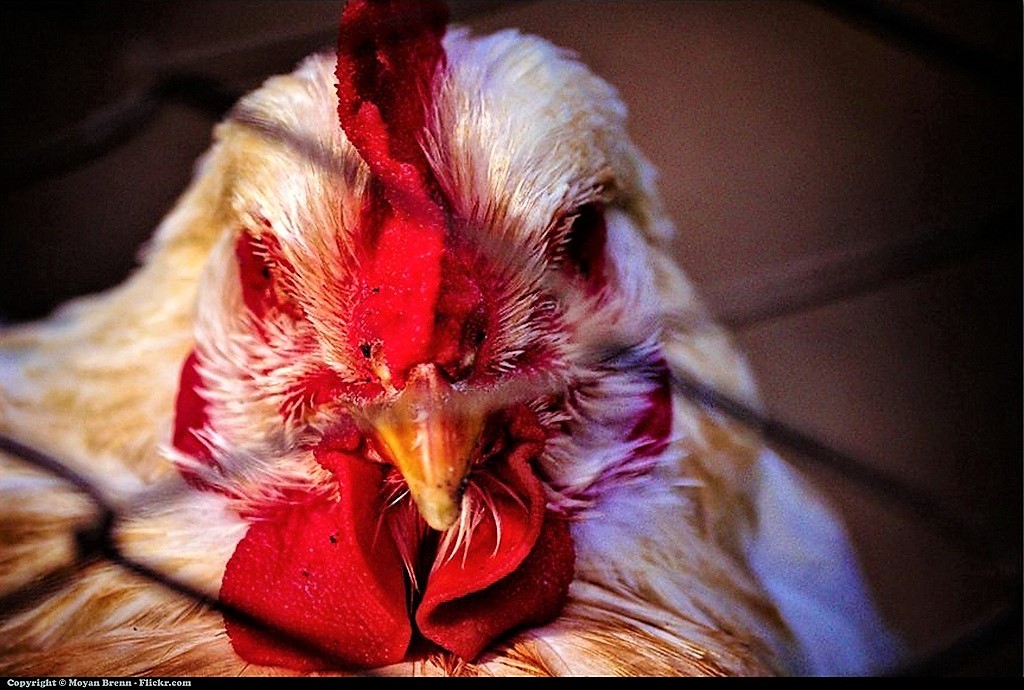 Education would now seem to be the greatest challenge. When people buy prepared and neatly packaged meat in our supermarkets, is there any understanding of the techniques employed in its mass-production; the abattoirs, and the battery farms? How many know of the destruction of male chicks, at one day old, because they are economically less useful and profitable? How many children in our schools visit farms or understand how all too many animals are treated? I have met all too many children (and not only children) who make no connection between what they eat and how it is sourced.

My hope for this conference would be that it can lay foundations for wider education, so that more people may come to understand the horrors that are inflicted on animals merely to satisfy our greed and pleasure. We all need to grow in an understanding that we share a common home for which we need to care and that care must encompass the environment, the reality of climate change, the consumption of unsustainable resources, the detrimental impact of industry and consumerism on people who have done least to damage our world – and a care for the animal kingdom with its delicate balance and dependence. Animals have their own dignity as part of God’s creation.

We hear of the extinction of thousands of species, each having their own place within the balance of Nature. We have failed to recognise their value and their right not just to function but to thrive within Nature – as was intended by their creation and development. While we should be pleased to see the growing voice – but by no means universal voice – to tackle Climate Change and to protect the Environment, we must also include all the connections that the animal kingdom has with the Environment and the essential part that they play in sustaining our World.

Television programmes presenting the research which shows the intelligence of animals and their abilities and expectations do much to make us aware of an intelligence that we have previously overlooked. This wealth of knowledge can no longer be left to academics or those who simply have an interest in animal welfare. Our knowledge requires firm action. 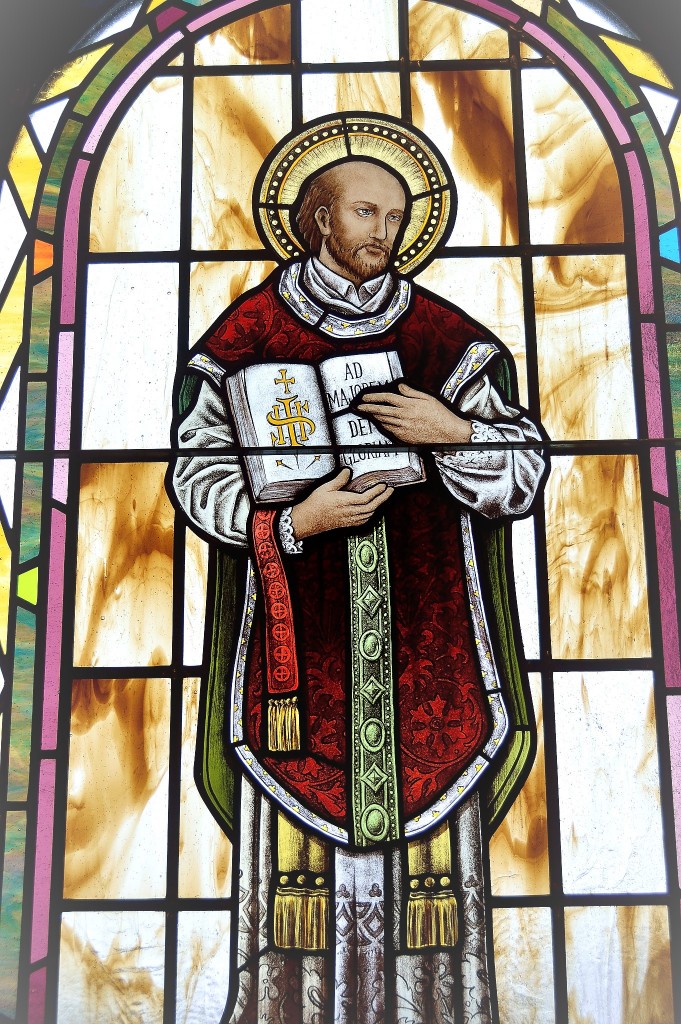 St Ignatius of Loyola, a Sixteenth Century Saint and Founder of the Jesuits, built a spirituality for Christian action with his prescription to “See, Judge, Act”. Understandably, Pope Francis, himself a Jesuit, employs “See, judge, act” in Laudato si.

We can now “see” all too clearly the damage which is being done, and its inevitable impact on our world. Modern research shows us the wider picture, the connectedness between our actions and the damage that we inflict. We can see all too evident cruelty imposed on animals for our convenience and we have clear knowledge of their suffering

This conference can assist us in “judging” what needs to be done. The more we can assist people in “seeing”, the more urgent will be the evidence for action.

When a judgement is made, there follows a need “in all conscience” to act. This will not, inevitably, all happen at once but pressure will grow through individuals collaborating in groups, agitating in politics, and making their voice heard. Our longer term goal must be that those with authority and power will come to know that they have the mandate to “Act” so that we may take necessary steps to “care for our common home”.

Pope Francis uses a term in Laudato Si which constitutes a “vision”. He speaks of “integral human development” which he explains as a development that recognises that balance between all elements. In this vision, he sees humanity as having a particularly responsibility for all parts of creation. Our science and research are to be valued but must always be employed for the good of all, for the benefit and well-being of every aspect of our common home. And, ironically, in generously caring for all aspects of creation we will in fact be taking the best care of ourselves – the Human Race.

While the task ahead is daunting, the indicators for success have never been stronger. I would suggest that our best hopes for achieving a common care for our world and all creation lies in education, personal example and persuasion, based on established truths – rather than in aggressive criticism and anger. To achieve real progress, it will require the livelihoods and aspirations of many people to change. This will best be achieved by education and a conversion of heart rather than by legislation and imposed regulation. In all this, we must not underestimate our individual efforts and our personal conviction which will speak loudly and clearly to those around us.

The Rt Revd John Arnold is the Roman Catholic Bishop of Salford, spokesman on the environment for the Bishops’ Conference of England and Wales and Chair of the Trustees of CAFOD 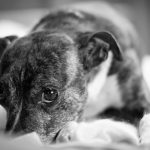 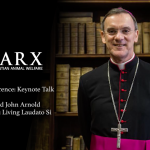 The Ecological Cost of Cheap Meat: How...