On the Eyes of a Cat and the Curve of his Claw: On Campanion Animals 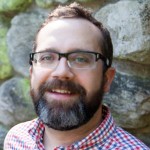 As a species obsessed with language, human efforts to explore the lives animals are frustrated. Our frustration stems from the inability to capture the animal as such, knowing it absolutely. Animality is mute, perpetually eluding our snares and traps. Yet, encounters unfold and dialogue exists—we have been face-to-face with animals, human or otherwise.

What I have in mind—these face-to-face encounters with mute animality—are dialogues that transcend banal communication with sign and symbol and erupt instead when animal bodies touch our humanity. Here dialogue opens up as a sacramental communion and the Animal is revealed. Words betray what I want to explore; yet, in giving an example from my own life, I might approximate the dialogue. Anyone who has truly been in the proximity of animals will understand such dialogue—what it means to be addressed by the otherwise-than-human. While there is no limiting which animals might address us, I am thinking specifically of those companions with whom we share a home, companions who have converted so many of us to the vulnerability of animals in general. More concretely, however, I am thinking of one particular, irreplaceable animal who has revealed himself. 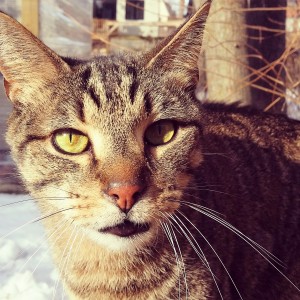 I remember Fargo—my feline companion who sounds the mute appeal, addressing me and inviting me into communion, calling my human sovereignty into question. I am first exposed to Fargo when he is an eight-month old kitten, himself exposed and vulnerable in a cage, awaiting adoption. From this cage he expresses concern for his well-being, appealing from an impoverished world.[1] I walk past his cage under no particular compulsion to adopt; I have other concerns today. Fargo, however, has neither interest in nor respect for my intentions. As I walk past numerous cats, he stalks me, noting, I soon learn, my exposed arm. Unsatisfied in his poverty, he swipes at my flesh, catching me unaware out in the open. As prey faced by a predator, he wounds me; my naked flesh is powerless against to the curve of his claw. I am caught, ensnared as a hostage to this little cat who calls me into question for walking past him with no concern. With his claw he inscribes my arm with a text written in blood red, an expression prior to and beyond language, as only a little cat in a cage is able to express. Like one of Kafka’s jackals, he is a poor animal, having only a claw for everything he wishes to express and everything he wants to do; the only thing available to him is his claw.[2] His claw is no hand; he is unable to grab me, hold me down, or make use of me. And yet his paw and the curve of the claw, as poor as it is, still expresses, still demands.[3] 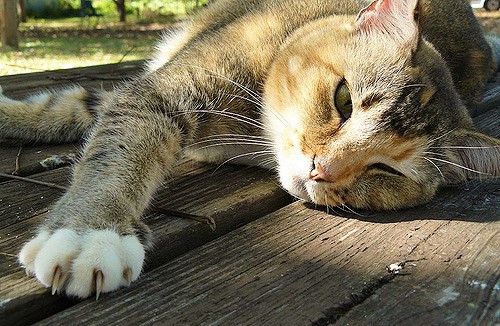 I come to, awakened by pain. I am confronted by a narrative of resistance inscribed in my body, a message from another time, the meaning of which I have already felt. My hermeneutic for reading the text derives not from an assessment of this animal’s capacities—his neurological complexity or his possession of language—but from an affect arising before I have a chance to think, which continues as I intentionally look into his eyes. There is no calculation of the meaning of this encounter because the meaning has already been revealed—“you there, human, you’re responsible for the pitiful state I’m in.” My freedom is irrelevant as far as this responsibility goes; I am responsible whether I like it or not by means of some madness or fever. He awakens my humanity with little regard to my sovereignty. Through the anarchy of love, I am responsible whether or not I choose to make good on his demand. By his height and authority, I am converted by an irrefutable summons.

The animal that faces me now looks me in the eyes, shrieking a high pitched screech of resistance. Letting me know that all is not well, he pleads to neither live nor die alone. “An animal’s eyes,” Martin Buber writes, “have the power to speak a great language.”[4] Buber has looked into the eyes of a cat, feeling in its glance a plurality of questions: “‘Is it possible that you think of me? … Do I concern you? Do I exist in your sight?’”[5] I feel something similar in Fargo, albeit in a different mood. He does not interrogate; he commands. “I know you’re thinking of me; you’re looking right at me! Clearly, I concern you and exist in your sight or else you wouldn’t have stopped to exchange glances. You wouldn’t have reached in here and touched my paw. Now, get me out of here and we can carry on with our lives.” 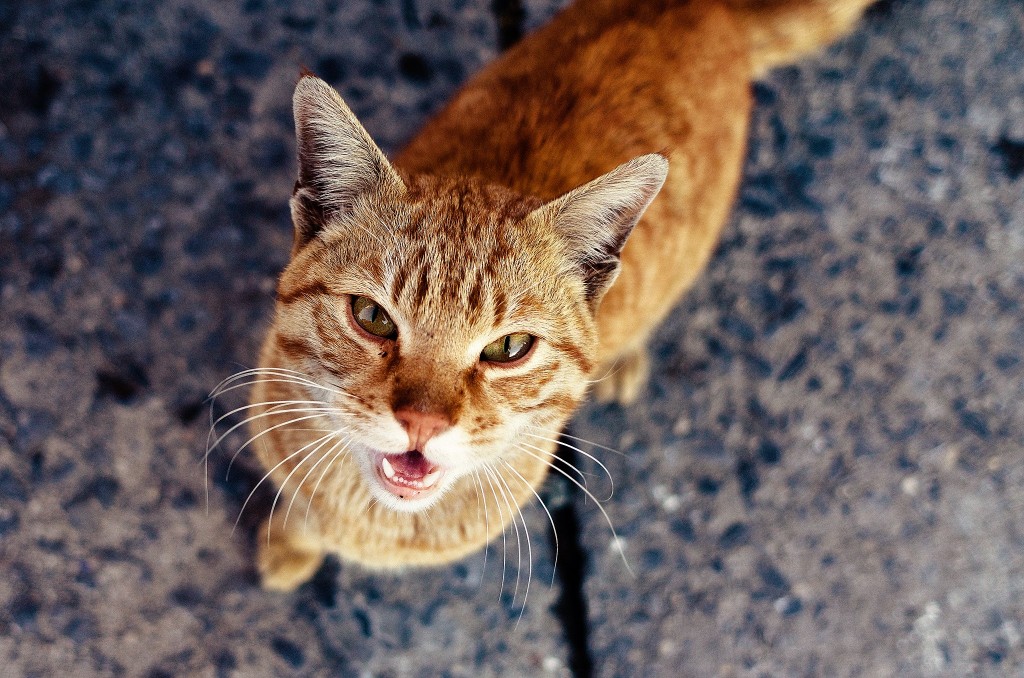 Today, my arms are scarred from over a decade of encountering the curve of his claw. The claw and the glance of an eye express hunger, fear, anger, and more often than not, joy. The claw and the eye continue to command, as if from a height normally reserved for divinity. In the command of this animal who makes me responsible, who creates me to be the man I am today, who refuses to allow my sovereignty to contain his spirit, the idea of God comes to mind. I am left wondering whether such encounters with animals are not incarnations of a God no longer enchained to a human face. Despite my inheritance of classical ideas concerning the subjective structure of divinity, humanity, and animality, a door has been opened as a result of this encounter. On the other side is a God, otherwise-than-human and otherwise than the mediation of a phantom power belonging to a spirit divorced from all flesh. Might divinity confront us beyond simply peering into our world from a disincarnate heavenly abode? Might God inhabit and incarnate materiality itself, clawing at our sovereignty and gazing into our eyes with an otherwise-than-human body? What exactly is the difference, after all, between the vulnerable expression of animal eyes and the revelation of the divine command, “you shall not murder” (Ex. 20:13)?

Such is the nature of the animals that face us. They are able to call our sovereignty into question and incarnate the powers—creativity, ethical authority, infinite transcendence—that we typically to ascribe to a disincarnate God who exists beyond materiality. Perhaps it is this mystical draw that inspires, to one degree or another, our hospitality toward companion animals who so often guide us into deeper relationships with animality as a whole. Many of us who live side-by-side with companion animals know this divine power because we feel it daily as we stroke animal fur, play animal games, feed animal hunger, and sit in the presence of a mysterious animality that is at once so similar and so different from our own. We inhabit what we might call religious ecologies, in which companion animals reveal the first glimpse of a divinity who affirms but ultimately transcends our traditions, opening a door to a re-imagined communion that, once opened, is not easily closed.

[1] In case some readers are curious, this is an intentional perversion of Heidegger’s expression regarding the animal’s impoverished world.

[2] “We are poor animals, we have only our teeth for anything we want to do, good or bad, all we have is our teeth.” Franz Kafka, “Jackals and Arabs,” in The Metamorphosis, In the Penal Colony, and Other Stories: With Two New Stories, trans. Joachim Neugroschel (New York, NY: Scribner, 2000), 255.

[3] Cf. Emmanuel Levinas, Totality and Infinity: An Essay on Exteriority, trans. Alphonso Lingis (Pittsburgh, PA: Duquesne University Press, 2013), 262: “the whole body—the hand or a curve of the shoulder—can express as the face.” Much of my thought follows Levinas.

On the Eyes of a Cat and the Curve of his Claw: On Campanion Animals was last modified: February 6th, 2018 by admin
1
Facebook Twitter Google + Pinterest 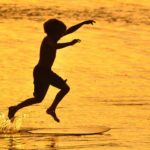 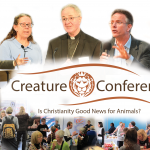 The Creature Conference in Pictures