Jo-Anne McArthur, award-winning photojournalist, author and the founder of We Animals Media is interviewed on her new book HIDDEN: Animals in the Anthropocene, an unflinching book of photography documenting our relationship with non-human animals in the 21st century.

Why the title “HIDDEN?” What’s being hidden? By whom? From whom?

The animals we use most in our daily lives are hidden. They’re hidden away in factory farms, fur farms, and in labs that use them in research and testing. They are also hidden euphemistically; we don’t say we’re eating a calf, for example. We say we’re eating veal. And in animal research, an animal is “sac’ed” when they are finished being used. Being killed is called being “sacrificed.” These words sound much more noble. They create space between “human” and “animal,” “us” and “them,” “subject” and “object.”

We are always hiding animals from ourselves. We build walls and euphemisms to cover any discomfort we might have. If we were to face the animals we keep in crates and cages, and spend some time examining their lives there, and why they are there, we may not be able to enjoy ham or foie gras. 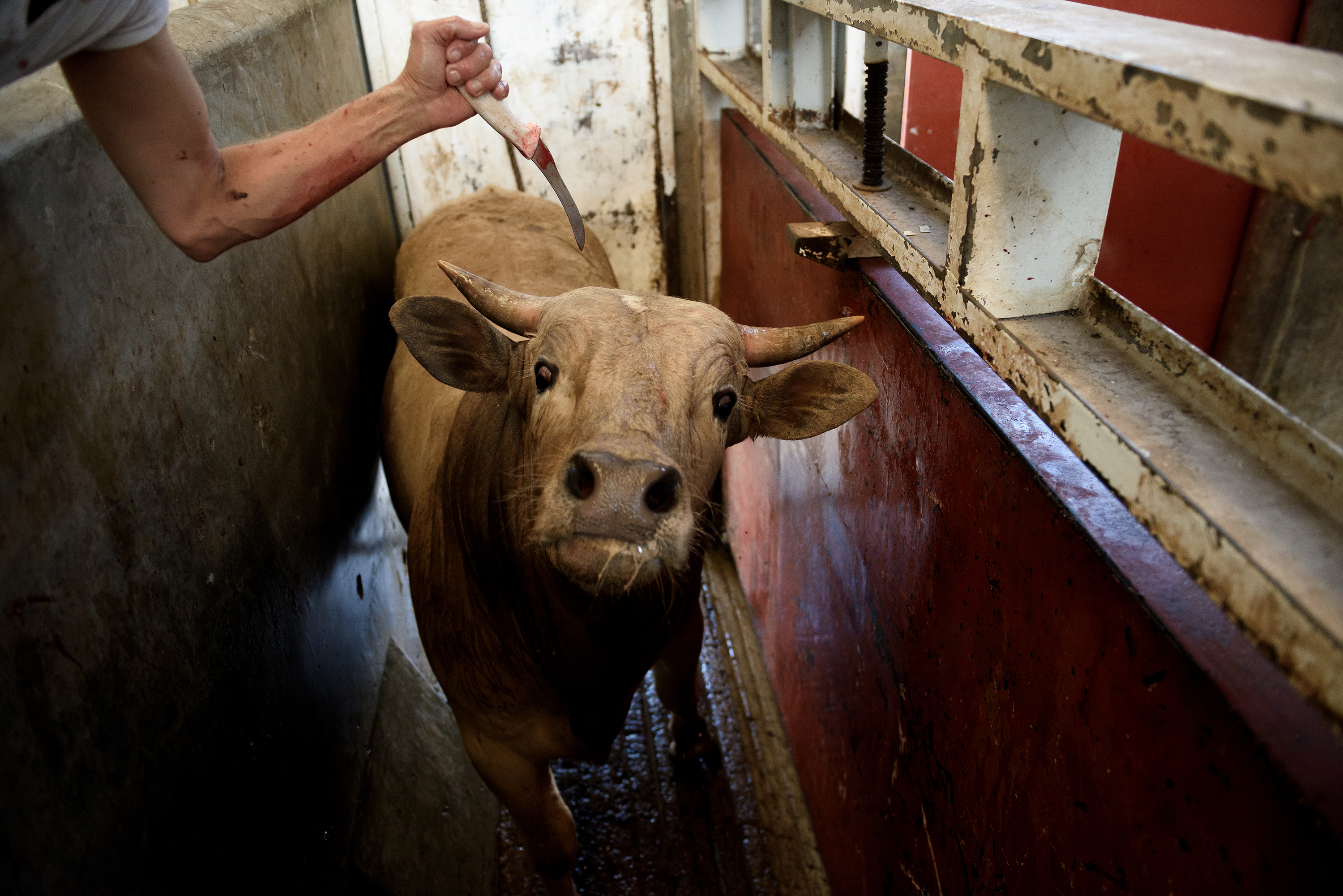 In this slaughterhouse, cows are immobilized by having a blade thrust into their spinal cord, a process known as pithing (Mexico) Credit: Aitor Garmendia

In addition to exposing the use of animals, HIDDEN also attempts to break new ground in the growing field of Animal Photojournalism. What is animal photojournalism?

Animal Photojournalism (APJ) is an emerging genre of photography that captures, memorializes, and exposes the experiences of animals who live amongst us, but who we fail to see. At its core, the images in this pioneering field document the broader human-animal conflict and its resultant ecosystems of suffering. As global societies collectively awaken to the realities of our unjust exploitation of animals, APJ is of increasing interest.

From public and environmental health crises to zoonotic viruses, animals are inextricably linked to many areas of current global concern, and rightfully so. Our existence is intertwined, and the ethics of how we treat the other sentient beings with whom we share this planet are being called into question. Animal photojournalism aims to encourage swift and necessary change on behalf of the beings in the frame. APJ emphasizes the inclusion of all animals, particularly those historically underrepresented, like those kept within industrialized systems.

APJ is groundbreaking for two reasons. First, images in this genre demand radical empathy and self-awareness. Viewers must de-center themselves and consider the world through the eyes of a different species, while holding the truth of humanity’s undeniable role in the story. Additionally, it poses a fundamental threat to deeply embedded societal systems that continue, largely unchallenged. The act of seeking out these visual stories is itself an act of resistance. 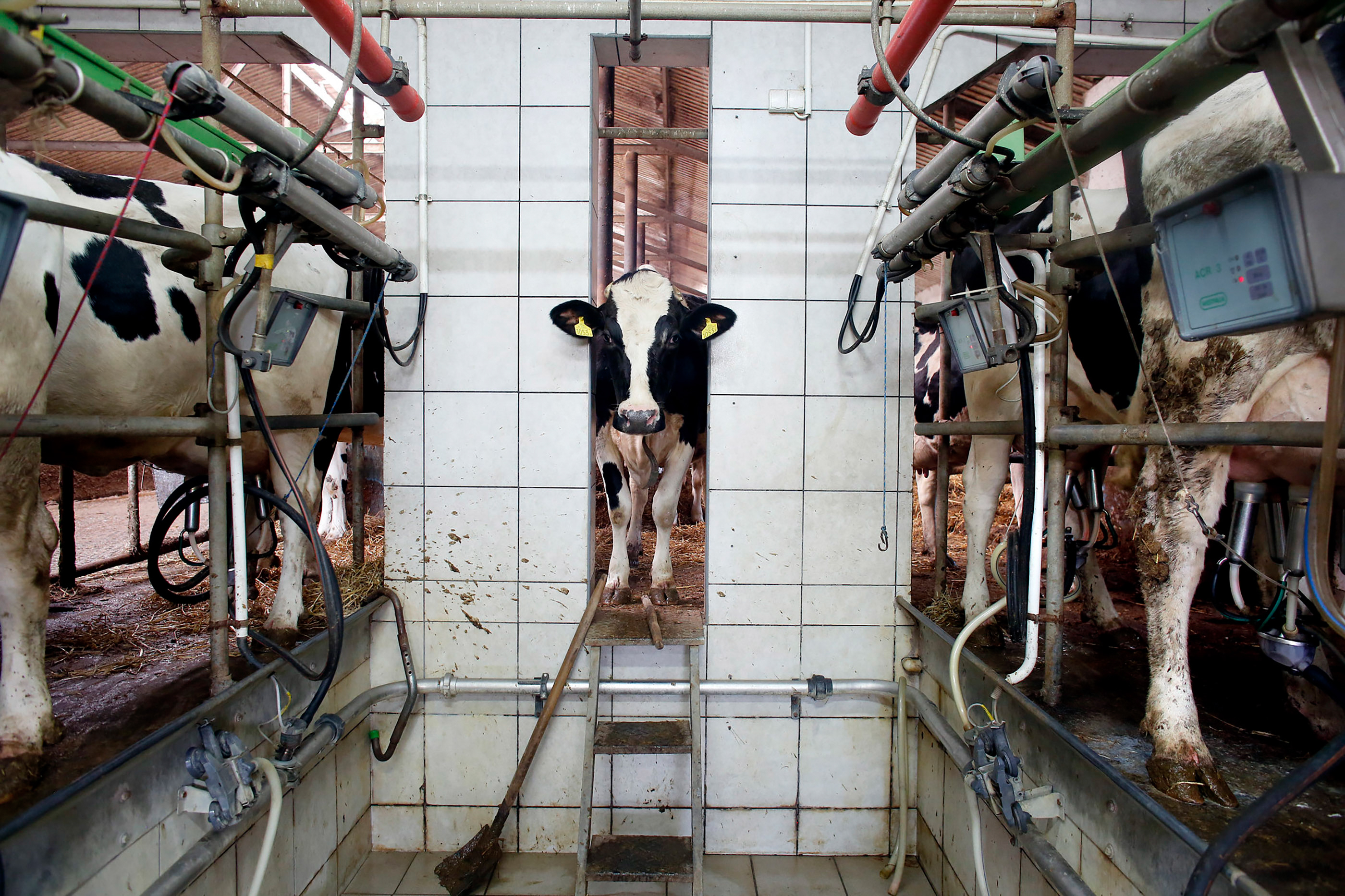 What’s the most harrowing or affecting experience you’ve ever had documenting animals in their unnatural environments?

It’s not one experience, but the recurring experience of leaving the animals behind, once I’ve taken their photographs. I can’t help the millions of animals I’ve met. I’m trying to change the future for animals. So, the leaving comes with a feeling of guilt. I channel negative and unproductive feelings into action, though, otherwise I would not be able to do this work.

Do you relate to animals individually when documenting these kinds of scenes, or do you stay objective? How do your interactions with individual animals factor into your work?

If I closed myself off emotionally to my subject matter, I would not take good photos. I’m fully engaged, and empathetic too. Empathy and compassion drives the work. But I’m also aware that I have very limited time to do the best possible job. Ideal images for me show both individual and context, and so engaging with the individuals who are caught in these industries is essential. If an animal is connecting to me, they will connect to the audience viewing the image. My best images are those when I am up close with a wide angle. The calf in the wheelbarrow, being put into a crate. The rabbit, ears back, visibly next in line for slaughter. 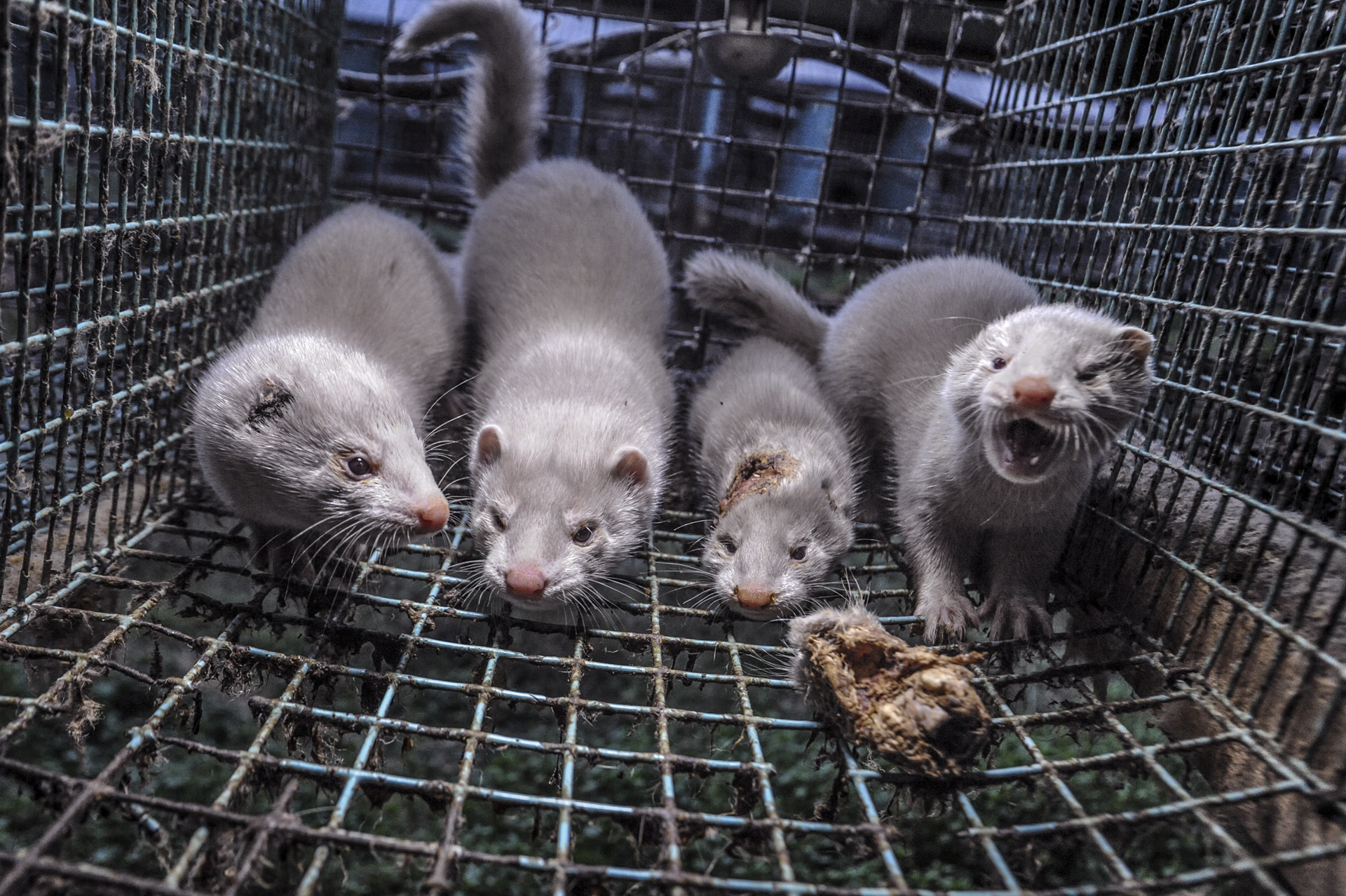 Mink frequently wound and cannibalize one another in the cramped conditions of fur farms (Sweden) Credit: Jo-Anne McArthur

What’s it like to spend your career witnessing animal abuse, cruelty, and neglect? What is the psychological impact?

Interestingly enough, that answer may not actually be visible to me. There has been a tremendous amount of psychological impact, both detrimental and galvanizing. Bearing witness only furthers my drive to do it again, and to mentor others to do it, and to build our strategic agency, We Animals Media, that tells the stories of animals. I’m not afraid of confronting the suffering of others, and I am fairly philosophical about my own suffering at this point. It’s my job to go towards these stories, and so I do. It’s very clear to me that we can only change suffering if it’s out in the open and if we don’t turn away from it. 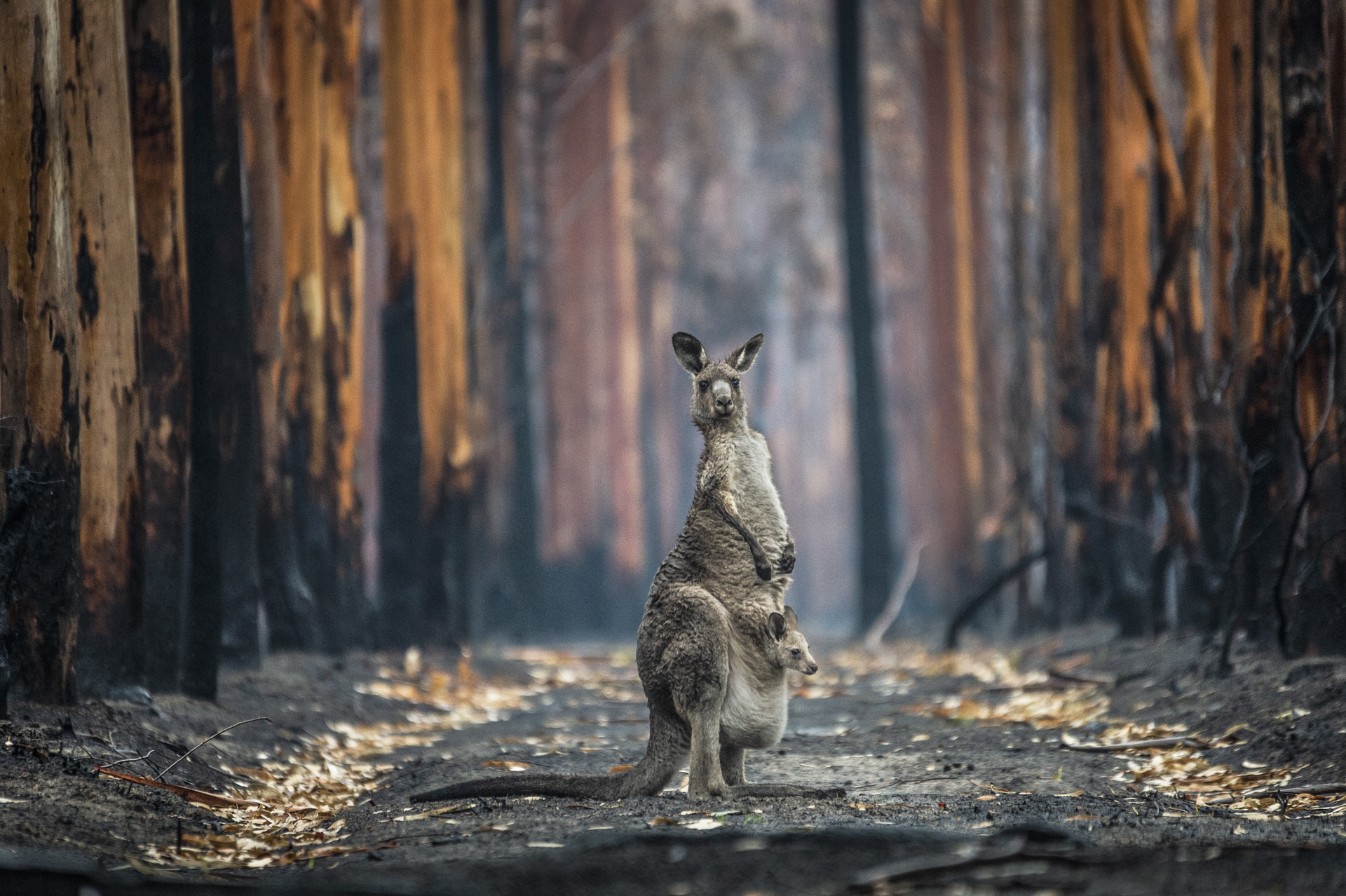 An Eastern grey kangaroo and her joey who survived the forest fires in Mallacoota (Australia) Credit: Jo-Anne McArthur

And how did Joaquin Phoenix get on board? How did you get to know him?

Joaquin and I had met a few times over the past year when we were both at events in support of animal activism in Canada, the U.S., and in England. We both bear witness to animals going to slaughter and we are fans of each other’s activism and work. I told him about the book and was absolutely delighted by his response that he’d be honored to write something for HIDDEN. I think it’s always great when people of influence use that influence to benefit others. Joaquin and his partner Rooney are role models in that regard.

What practical steps can Christians take in their everyday lives to help tackle animal suffering?

I think what Christians, and all of us, can do is keep “Do unto others” at the forefront of our actions every day. “Others” are often presumed to be humans, but we share this precious Earth with billions of others, not like we humans, but sentient, thus deserving of our consideration, respect, and protection. Why stop at doing unto humans, when there are so many living beings to help? Widening our circle of compassion is a popular expression these days. An important one!

Something that we can also all do stop eating animals. They are produced in incredibly cruel industrial systems, now global, and meat-eating is on the rise. We don’t even call them animals any more, but “inventory”, and “protein units”. We’ve gone mad! We can all do our part to eat plant-based instead of animals. It’s good for our health, for the planet, it will help curb deforestation and climate change, and of course the animals would prefer it as well. I love this quote from Edgar’s Mission sanctuary in Australia: If we could live happy and healthy lives without harming others, why wouldn’t we? 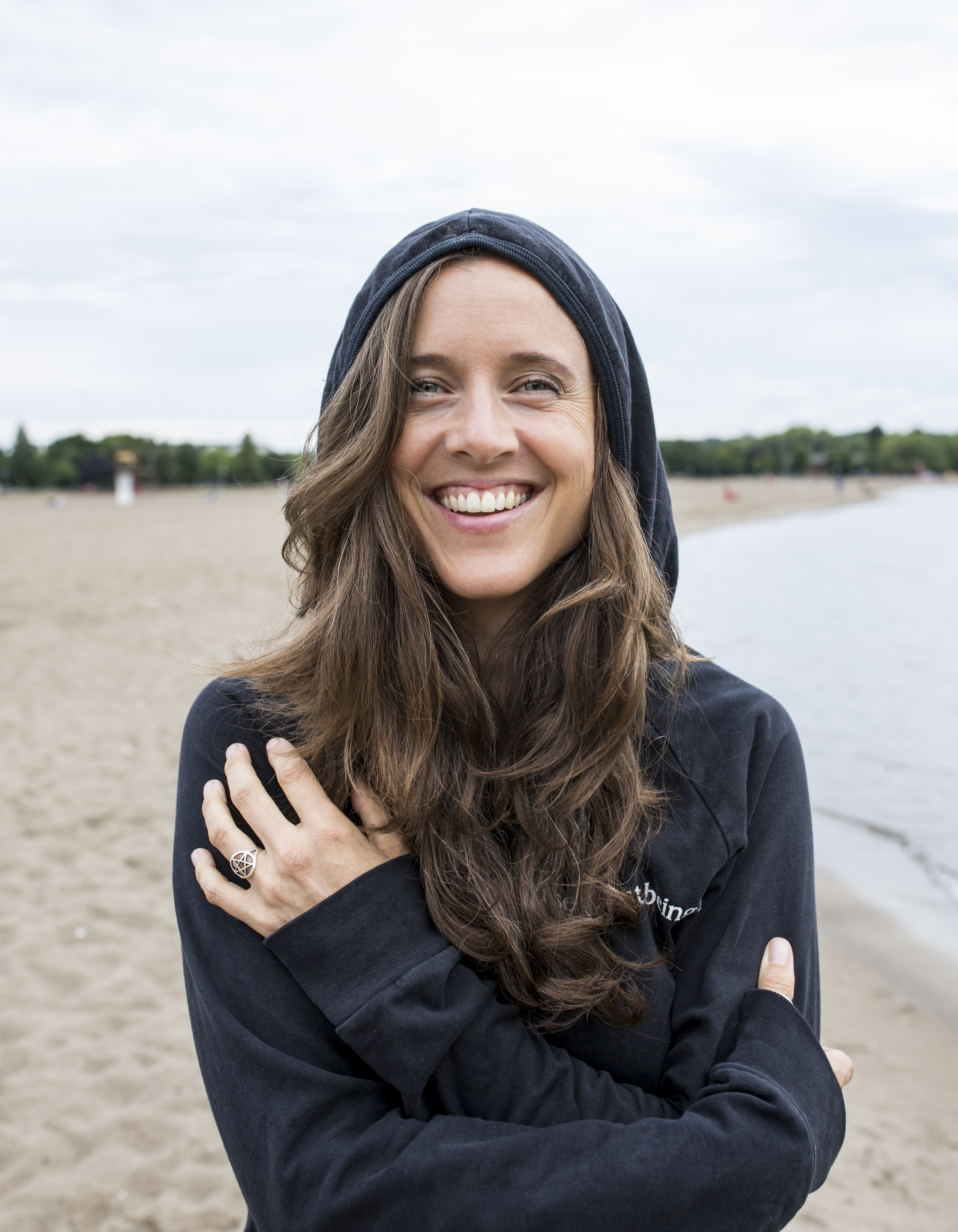 Jo-Anne is an award-winning photojournalist, author and the founder of We Animals Media. She has photographed in over 60 countries and speaks internationally on the subjects of the human-animal relationship, social change, and empathy. For more information: www.joannemcarthur.com

HIDDEN: Animals in the Anthropocene is available from all good bookstores.